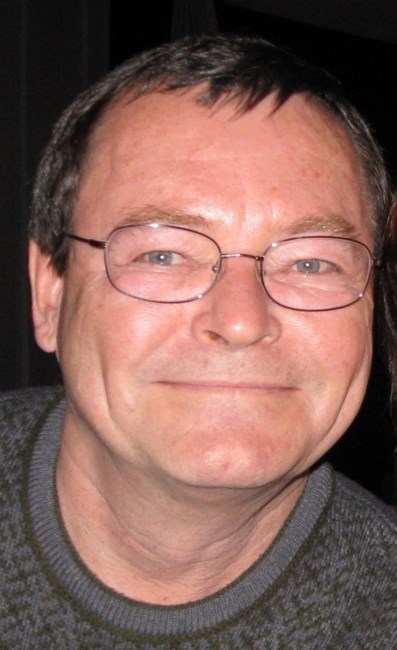 It is with great sadness that we announce the passing of Andy Snowie on July 19, 2022. Husband, father, grandfather and friend, Andy passed away peacefully at his home with his wife Betty at his side. Andrew (Andy) Blair Snowie was born to the late Joseph and Margaret Snowie in Galashiels Scotland on December 18, 1947. He attended the Northern Alberta Institute of Technology in Alberta, Canada after completing his high school diploma in 1967, and subsequently joined Pacific Western Airlines (PWA) where he began a 35 year career in the airline industry. Andy began his married life June 16th, 1973 with Anne-Marie (Giese) and together they had two children; a son Jason, and a daughter, Jennifer. Later in life, Andy reconnected with his high school sweetheart, Betty (née) Wiedman. They married in August of 2010 and after enjoying San Diego for four years, they moved into retirement together in 2014 settling down in beautiful Lake Havasu City. It was here in his home, with his loving wife by his side and hospice in attendance, that Andy passed into God’s care on July 19, 2022. Andy was a creative genius at heart as well as a closet romantic. He was kind and soft spoken and was most often found in his workshop designing his latest creations which ranged from crooked clocks, model homes, the London Bridge, card dealing machines, garden statues/ornaments, and even slot machines. He wrote stories and poetry and designed beautiful mementos for special occasions between a husband and wife. Andy is survived by his wife, Betty; his son Jason, Jason’s partner Samantha, Andy’s step-granddaughter Tanisha and his great-step-grandson Maxton. Andy is also survived by his daughter Jennifer and grandchildren, Kaelyn and Nicholas. Andy is also survived by his brothers Allan (Wife Cynthia) and Robert (Fiancée Kathy); Andy was predeceased by his parents, a brother Angus and a sister Anne. Andy is also survived by his stepchildren, Nancy (Husband Derek) and Joanna (Husband Chris). He is survived as well by his step-grandchildren: Harrison, Blakely, Maya and Paige. In lieu of flowers, donations in Andy’s name can be made to the American Cancer Society. A Celebration of Life will be held on at 2 PM on Saturday, September 17th. Location of the Celebration will be in the Bayview room at Shugrues.
See more See Less

In Memory of Andrew Blair Snowie