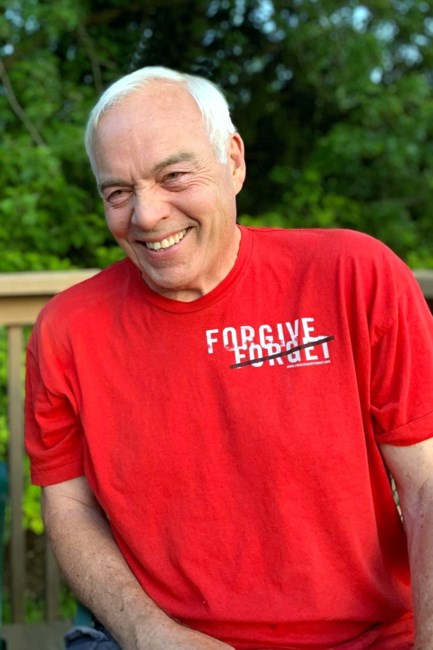 Harold James Brewer, age 69, (known by all as HB) went home to be with our Lord Jesus Christ on October 6th, 2021 in Columbus, Georgia. He was preceded in death by his parents, Delma Louise Young and James Rayphel Brewer, his infant sister, Sharon Lee, his aunt, Pearle Ameila Reames and uncle, Eugene Lester Reames who raised him, his brother in law Richard Wheeler, and his foster-son Howard Daniel Vagi. HB was born June 14, 1952, Flag Day, with his twin sister, Cheryl, in East St Louis, Illinois. He grew up in southern Illinois, in Fairview Heights, where he was loved and was deeply involved in his church, Unity Roselawn/First Baptist. He played sports with determination and passion, leading the high school basketball team to State Sectionals and the football team to have an undefeated season. He attended college at Princeton University, where he played football until he sensed a call to give up playing sports and pursue his first love, Jesus and his church. He met his wife, Kathy Ann Byrd, at Twin County Baptist Church where her father was pastor. He graduated from Princeton with a degree in history, having completed several courses through Princeton Seminary. He taught history at South Brunswick High School and simultaneously co-pastored a church, Liberty Tabernacle. The church met in a school until he and the family moved to Illinois to plant Cornerstone Community Church. He led and served, and the family served right alongside him. He went on to serve on staff at Springbrook Community Church, from 1996-2007, and then at The Chapel, where he served on staff until the fall of 2020. He coached high school football for decades, coached soccer for his kids when they were little, and even helped coach basketball several years ago for two of his granddaughters. Whether at work, at church, on a football field, or in his neighborhood, HB was known for his passion for people, his generosity, his empathy, his patience and kindness. His love for his family, from immediate to extended family and friends (who became family), was remarkably impacting and unforgettable. Some of his mottos that have become more like anthems are: “It’s easier to ask forgiveness than permission,“ “People are what matter to God,” “It’s character building,” “Let me encourage you….” and most famously, “It’s a good day to be alive!” His hugs were legendary. His love extraordinary. His hope in God a rock solid foundation that has withstood unfathomable tragedy. From one of his favorite books, “The Last Battle” by C.S. Lewis, there is a quote that was a favorite of his, and captures what we know is now true: “I have come home at last! This is my real country! I belong here. This is the land I have been looking for all my life, though I never knew it till now...Come further up, come further in!” HB is survived by his wife of 48 years whom he called “Lovie,” Kathy Ann Brewer; those who called him Daddio, his Serbian daughter Ana Alikalfić, daughter Joy (Jim) DeLaere, daughter Anna (Brian) Paprocki, son Joshua (Corrie) Brewer. Those who called him Papa are grandchildren Jalisha, Lillian, Lincoln, Julianna, and Kyrell; Ian, Gwynne, Aiden, and Emilio; Faith, Joshua, Katherine, Genevieve, and Hoyt. Those who called him brother, Art (Kay) Reames, Robert (Lisa) Reames, Donald (Roseanne) Brewer, Carole (Bill) Whittenberg, Cheryl (Bruce) Wahlmeier, Sandra Wheeler, Allen W. (Janet) Reames. There will be a visitation in the Rose Room at Carmichael-Hemperley Funeral Home, 135 Senoia Road, Peachtree City, GA 30269 on Saturday, October 9, 2021 from 1:00pm-3:00pm. The service will follow, in the chapel, at 3:00pm. A memorial service will be held in Chicagoland on Saturday, November 13, 2021 at 2:00pm, at Willow Creek Community Church, South Barrington, IL 60010. Per Dad’s wishes, in lieu of flowers donations may be made to help build a school in Kenya with an organization started by friends at The Chapel: Oasis for Orphans, PO Box 1144, Wheaton, IL 60187, by phone at 224-277-5678, or online at: https://o4o.org/donate-today/ “As for me, my life has already been poured out as an offering to God… I have fought the good fight, I have finished the race, and I have remained faithful. And now the prize awaits me—the crown of righteousness, which the Lord, the righteous Judge, will give me on the day of his return. And the prize is not just for me but for all who eagerly look forward to his appearing.” 2 Timothy 4:6-8 NLT
See more See Less

In Memory of Harold James Brewer