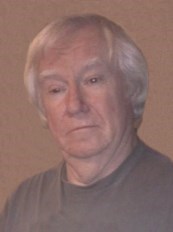 PEKIN – Carl Ivan Bennett passed away at 9:57 a.m. Monday August 1, 2022 at UnityPoint-Health Pekin Hospital. Carl was born to Carl Ivan and Della M. (Isom) Bennett Sr. on November 20, 1949. He married Donna Evans on September 22, 1973. She survives. Also surviving are his two daughters, Melissa Bradford of Crystal Lake and Nicole (Justin) Williams of Pekin; four grandchildren, Mackenzie Bradford, Xander Folsom, Carter Folsom and Cameron Bradford. He was proceeded in death by his parents, one sister, and two beloved dogs, Poncho and Cisco. Carl worked for Caterpillar Inc. at the Mapleton Foundry for over 40 years and retired in 2010 as an electrician. Carl enjoyed spending time with his family and grandchildren, cooking, yard work and his model train display in his basement. He could be seen most mornings at the Pekin Dog Park with his two Great Pyrenees. In lieu of flowers, memorial contributions may be given to TAPS, Tazewell Animal Protective Society, 100 Taps Lane Pekin, Illinois 61554 or ASPCA, American Society for the Prevention of Cruelty to Animals, 520 8th Avenue, 7th Floor, New York, New York 10018. Cremation has been accorded by Preston Hanley Funeral Home & Crematory in Pekin. To express condolences online, visit www.preston-hanley.com
See more See Less

In Memory of Carl Ivan Bennett