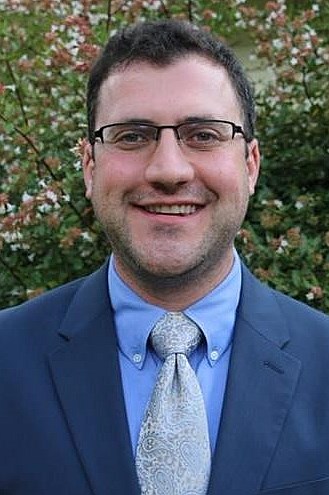 Dr. Alex Feldman, 38, of Birmingham, AL, passed away Wednesday, May 11, 2022. He was a special person who left us too soon and will truly be missed. He chose a career because of his compassion for others and his willingness to serve his fellow man. He was a loyal friend; much more than his parents could have ever hoped for; as well as deeply loving and supportive to his fiancé, siblings, and their children. Alex's family will greet friends from 5-7 p.m. on Friday, May 20, 2022 at Meadow Brook Baptist Church in Birmingham. Following the visitation, A Service of Remembrance for Alex will begin at 7 p.m. Friday at the church's main sanctuary. Alex was born in Temple, TX on May 8, 1984 while his family lived in College Station, TX because his dad worked at Texas A&M University. He came to Birmingham, AL in 1986 when his father got a job at UAB, where Alex got his medical degree as well as did his internship and residency. In high school, Alex was the Valedictorian and a National Merit Finalist as well as received scholarship offers worth over $600,000. He first went to Auburn University where his two older siblings were going to school, but transferred to the University of Alabama to pursue Music Performance. However, Alex graduated from the University of Alabama with a Microbiology Degree and was accepted into the highly competitive MD/PhD program at UAB. After Alex completed his Medical Degree from UAB, he did an internship and residency in Pathology at UAB and was the Chief Resident his final year. His dad even conned him into teaching pathology lectures in his classes. Alex subsequently did two fellowships: in Pediatrics at THE Ohio State University, in Columbus, OH and in Neuropathology at Northwestern University in Chicago, IL. Alex came back to UAB in July 2021, as an assistant professor in the Neuropathology Division of the Pathology Department. He was known and well respected for his clinical services as well as his mentorship and teaching. He won numerous teaching awards and taught multiple medical school modules with plans to eventually take over the Neuropathology module for the medical school. The president of the American Society of Clinical Pathologist wrote “As former chair of the Resident’s Council and current member of the Commission of Continuing Professional Development, Alex demonstrated what was best about the future of our profession—sincerity and passion. He was a budding star in pathology and the void in our heart is, and will be, unfathomable.” Alex had a passion and aptitude for music. He was in the Birmingham Boys Choir and most recently sang tenor in the Steel City Men’s Chorus. He also was in men’s choirs during his fellowships in Columbus, OH and Chicago, IL. Alex was also an accomplished musician playing saxophone in elementary school and for the Auburn Knights, while at Auburn University; bassoon in the Alabama Youth Symphony; and oboe in high school, college, the Montgomery Symphony, and currently for the Alabama Winds. He also did flute and clarinet solos at various concerts. In addition, he was a talented piano player. It was with the oboe, however, that he was most talented and why he transferred to the University of Alabama; to pursue music performance. He was not only inspiring to listen to, but you couldn’t help but watch him do his imitation of a snake charmer while he played. Alex received many awards and honors for his musical ability as a soloist and as part of an ensemble. Alex spent much of his free time socializing with friends and family playing trivia or going to his favorite eating places (no matter where he lived. If you came to visit, he would have one or two places you had to go to). If you ever go to Chicago, eat some fried cheese at the Greek Island restaurant in his honor. He is survived by his fiancé, Derrick Lepard; his parents, Dr. Dale Scott and Sally Hickman Feldman; his siblings, Zachary Feldman (married to Bragan Feldman), Samantha Brady (married to Kevin Brady), and Stephanie Chapman (married to Nathan Chapman); as well as nieces and nephews, Noah, Kaytlynn, Jaina, Grier, Evelyn, Barrett, David, Anna, and Margaret. In lieu of flowers, the family requests you to donate to Alex’s memorial fund. The funds will be used for a music scholarship endowment as well as a memorial of some type at UAB possibly a scholarship or place with a plaque. Donations can be given at https://gofund.me/ca019535. There is an option to designate what the funds are to be used for, if desired.
See more See Less

In Memory of Alexander Zane Feldman

A Celebration of Life for Alex Feldman