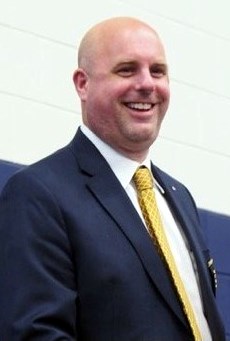 Following a long and courageous battle with cancer, Shannon E. Price, Esq, age 51, peacefully went home to be with the Lord on October 27, 2020, surrounded by those who loved him.

Shannon was born in Augusta, Ga and early in life moved with his parents to Macon, MS where he grew up and graduated high school in 1986. In 1990 Shannon graduated from the University of Alabama and became an operations officer with Hibernia National Bank in New Orleans. It was there that he made the decision to pursue a law degree at Louisiana State University, graduating in 1997. In 1999 he moved to Birmingham and opened a law practice, specializing in credit union banking. In 2015 he became a partner in Kudulis, Reisinger, Price Law Firm, and was a member of both the Alabama and Louisiana Bar. Shannon had many lifelong friends of several generations not only in the Birmingham area, but from many areas of the country, including the brothers in the Phi Kappa Psi fraternity. Shannon was a ‘Bama fan through and through and attended as many events at the University of Alabama as possible. He was a fun-loving, caring man who mentored many young people and leaves a legacy of love, faith and charity. Shannon loved New Orleans, especially New Orleans style food and Jazz. He often attended Jazz Fest and Saints games with family and special friends.

Shannon was preceded in death by his Grandparents, Albert (Nettie) Price and Susie Wilhite, of Monroe, LA; Don and Audrey Osborn, Monroe, LA. He is survived by his loving wife and companion of 18 years, Paula Cochran Price and her children, Jason Siroff, Birmingham,AL, Toni (Joshua) Patton, their son, Jaxon, Sykesville, MD; and Matthew Tarricone, Los Angles, CA. Jordan Hebert, who was like a son in Shannon’s life, recently came to live with them and attend school. Shannon is also survived by his parents, Amos and Nina Price, Palatka, FL. In addition to many friends and associates, Shannon’s furry friends, Katie, Buster, and Pokey provided support and comfort during his illness. Shannon was a member of Asbury United Methodist Church, Hoover, AL

Private Burial Services will be held at the Cochran Cemetery, Lewisburg, TN with Rev. Joe McNulty, officiating. A Celebration of Life Service for Shannon will be held at a later date.

In Memory of Shannon Eugene Price