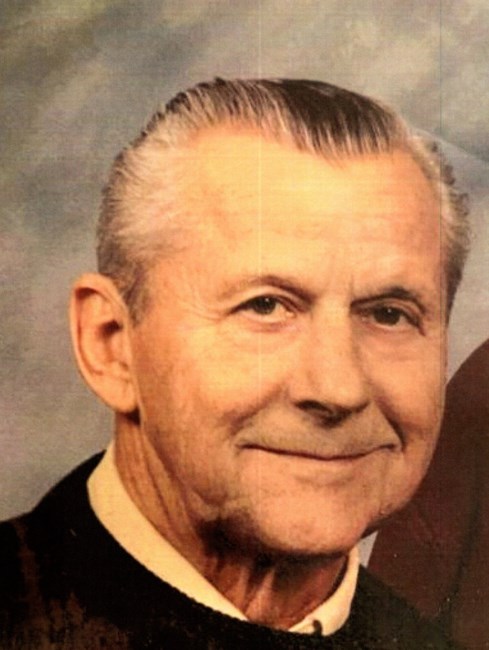 Louis Frank Makowski Gulf Breeze, Florida – Colonel Louis Frank Makowski (Lou) USAF (Retired) After a short, hard fought battle with Covid, Lou went home to be with the Lord on September 8, 2021. We have been blessed to know such a kind, courageous man. Lou is preceded in death by his parents, Adolph Makowski and Mary B. (Wilkowski) Makowski, his siblings Edwund Makowski, Edwin Makowski, Irene Byram and Genevieve Perin. He is survived by his sister, Eleanor Dasher and his loving wife of 66 years, Kay (Roberts) Makowski; daughters, Cheryl Ward (Jim), Rhoda Reeves (Mark); sons, Matt Makowski (Valerie), Roger Makowski (Sara). He was also survived by granddaughter, Danielle Hayes (Nick) and grandsons, Joshua Reeves (Mell), James Tyler Ward and Zachary Reeves; and great grandchildren, Merritt Hayes, Harry Hayes, Jackson Reeves and Charlie Reeves. Lou was born at home in the rural town of Wauchula, Florida, (then called Vandolah, Florida) October 22, 1930. His father was a farmer and owned his own bar. His mother ran the local post office, the first post mistress in the state of Florida. Faith, Family and Hard Work were the foundation of the Makowski family, setting the stage for the commitment, dedication and love of his Catholic Faith, his wife, family and country. Lou was in the ROTC during high school and upon graduation moved to Atlanta where he attended Emory University (later finishing at Troy University), enlisting in the Aviation Cadet Program for Navigator Training on May 19, 1953. He was awarded his navigator wings at James Connally AFB, Texas on June 16, 1954. Lt. Makowski next completed Navigator-Bombardier Training and B-47 Stratojet Combat Crew Training in November 1955, followed by service as an RB-47 navigator with the 10th Strategic Reconnaissance Squadron at Lockbourne AFB, Ohio, from January to February 1956. Major Makowski continued his advancement in the Air Force attending Air Command and Staff College at Maxwell AFB Alabama and then served as a B-57B Canberra navigator with the 13th Bomb Squadron at Clark AB in the Philippines from July 1956 until he was forced to eject over North Vietnam and was taken as a Prisoner of War on October 6, 1966. After spending 2,342 days in captivity, Col. Makowski was released during Operation Homecoming on March 4, 1973. He was briefly hospitalized to recover from his injuries at Sheppard AFB, Texas, and then attended Air War College at Maxwell AFB from August 1973 to June 1974. His next assignment was as Deputy Director of Plans, Policy and Programs: Executive Officer for the Deputy Chief of Staff for Plans: Deputy Director for Manpower: and then Assistant Director of Administration with the Deputy Chief of Staff for Plans with Headquarters Strategic Air Command from August 1974 to December 1979. Col. Makowski then served as Assistant Deputy Commander for Maintenance of the 9th Strategic Reconnaissance Wing at Beale AFB, California, from December 1979 to June 1981, followed by service as Special Assistant to the Commander of the 14th Air Division at Beale AFB from July 1981 until his retirement from the Air Force on November 3, 1983. During his career he was decorated with the Silver Star; Legion of Merit W/1D; Distinguished Flying Cross; Bronze Star; Air Medal W/2D; AF Commendation Medal W/1D; Purple Heart; AF Longevity Service Ribbon W/6D; National Defense Service Medal W/1D; Vietnam Service Medal; AF Outstanding Unit Award W/1D; Republic of Vietnam Gallantry Cross with Palm; Republic Campaign Medal. Upon retirement Lou moved with his family to Gulf Breeze, Florida where he served and attended as a member and usher at St. Ann’s Catholic Church. Lou was proud of his family and took great enjoyment in maintaining his beautiful lawn and landscape. Unfortunately due to Covid, his Celebration of Life Service will be with family only. In lieu of flowers, the family is requesting donations be in Lou’s Memory to St. Jude’s Children’s Research Hospital, Memphis, TN. A Committal Service will be held later with Full Military Honors at Fort Barrancas National Cemetery, Pensacola NAS, Florida.
See more See Less

In Memory of Louis Frank Makowski