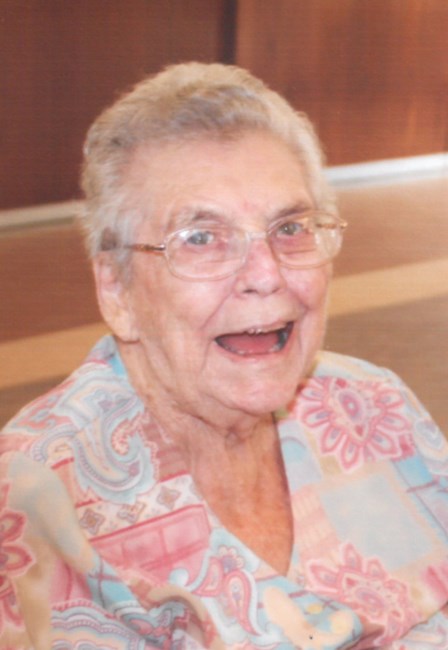 JOPLING, Marjory Maude April 28, 1922 – July 26, 2022. Passed peacefully in her sleep on July 26, 2022 at Springdale Country Manor in her 101st year. Predeceased by her loving husband Jack Jopling whom she married in 1943 and her daughter-in-law Donna (Bain). Dear mother of Bain (Gloria), Lynda Robson (Court d.) and Peggy Junkin (Burritt). Grandmother to Twyla (Randy), Tarra (Craig), Paul, Penny (Lee), Londa and Bryan “B.J.”. Great Grandmother to Victoria (Jake), Walker, Alexander, Everett, Clarke, Marek, Clayton, Christine and Kaitlyn. Great Great Grandmother to Marshall, Emeylia and Aurora. She will be fondly remembered by Ronnie Teasdale, extended family and friends. Marjory worked at the Peterborough Civic Hospital for 25 years. She was a longstanding Legion member since 1973 at Royal Canadian Legion Branch 77 and 52 and member of Bridgenorth United Church. She was the last Jopling of her generation left in Bridgenorth. An avid golfer, she enjoyed travelling, knitting, and of course bingo and going to the casino. Private family service to be held at a later date. In lieu of flowers, donations may be made to the Heart & Stroke Foundation or charity of your choice. Fond memories and expressions of sympathy may be shared at www.comstockkaye.com for the family.
See more See Less

In Memory of Marjory Maude Jopling