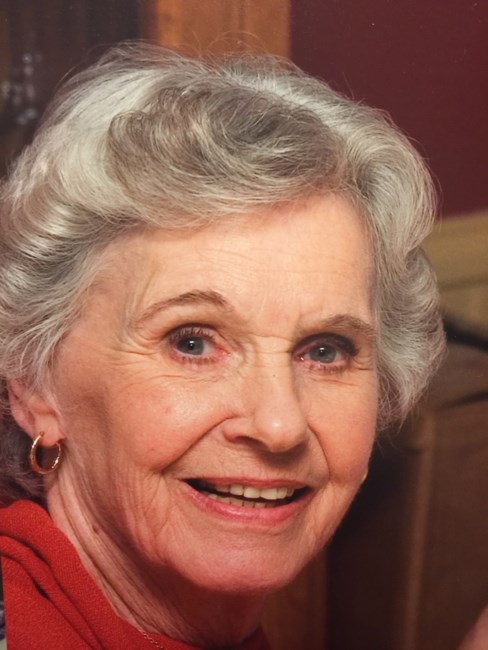 Kester, Marion Fay of Lighthouse Point, beloved wife, mother, grandmother, great-grandmother and friend to many, passed away peacefully on Monday, April 4, 2016 at John Knox Health Center. She was born July 11, 1928 in Bridgeport, CT, daughter of Robert Henry Syrett and Marion Frances Ober. A graduate and valedictorian of Milford High, she continued her studies at Skidmore College, earning a B.A. degree in art in 1950. After graduation, she was employed as a commercial artist in NYC and married Stewart Randolph Kester on September 23, 1950 in Devon, CT. Fay and her husband Stewart settled in Pompano Beach, FL in 1955 where they resided until 1970 when they moved to Lighthouse Point. After visiting and falling in love with Montana in 1970, they also made a second home in Big Sky. Fay served first as a docent and later as a member of the Board of Trustees of the Fort Lauderdale Museum of Art. Her legacy to the Museum was her work in developing the Docent Program under the guidance of George Bolge, then director of the Museum, where she also enjoyed the participation of Dr. Henry Hope, Head of the Art Program at Indiana University, in that endeavor. Passionate about opening the world of Art and Art History to children, she was also instrumental in initiating with the Superintendent of Broward County Schools the transportation of children on buses to visit the museum. Fay was also a member of the Lighthouse Point Yacht and Tennis Club, the Pompano Beach Historical Society and active in the Pompano Beach Exchange Club with husband Stewart. She devoted countless hours volunteering at the First Presbyterian Church of Pompano Beach by serving as a deacon, a member of the Sanctuary Guild, the Hospitality Committee, and was an avid supporter of the music program and ministry. Fay's greatest loves in life were her family, the church and her faith in Jesus Christ, her many friends, the cats she adopted and adored, Montana and all its wildlife, art and art history, classical music and her beloved home state of Connecticut. An accomplished artist, she enjoyed painting landscapes and portraits, visiting museums, skiing, tennis, gourmet cooking, and traveling around the world. She will be sadly missed by all who were fortunate enough to have known her. Fay is predeceased by her husband of 57 years, Stewart R. Kester, her daughter, Cheryl Sue Kester, her grandson, Jason Doyle, and her sister, Shirley Morris. She is survived by son, Stewart Randolph "Randy" Kester Jr. and wife Kim; daughter Valerie Cox and husband Allen; daughter Marcia Doyle and husband Hamilton "Mac" Doyle; grandchildren, Dean Payne and wife Marcia; Ashley Denhard and husband Casey; Stewart Randolph III, Kourtney and Clay Kester; Joshua and Sarah Fay Cox; Jared, Jennifer Fay, Jane and Jackson Doyle; great-grandchildren Madison Payne, Alexander Jacobsen, Sydney and Paxton Denhard, and Isabella Hawkins; brother Robert O. Syrett and wife Joanie of Milford, CT; niece Michele Murray and husband John Murray. To our beloved mother Fay, we will miss your radiant smile, your easy laughter, your courage and enduring strength, and your warm embrace. You were the sun and the moon to us all, and we will love you forever. A memorial service and celebration of Fay's life will be held at the First Presbyterian Church of Pompano Beach, 2331 NE 26 Ave. Pompano Beach, FL 33060 (954)941-2308 on Monday, April 11 at 4:30pm. In lieu of flowers, donations may be sent to the First Presbyterian Church or ALS Association Florida Chapter 3242 Parkside Center Circle Tampa, FL 33619
See more See Less

In Memory of Marion Fay Kester