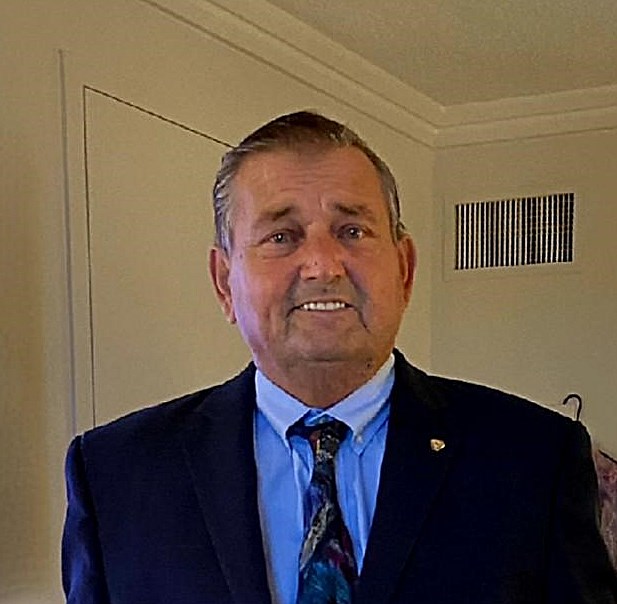 Dominick Edward Buchko (Nicky) died suddenly on September 18, 2022, at Shand’s Hospital in Gainesville Florida. His beloved wife of 51 years and his three daughters and grandchildren were with him as he passed peacefully. Nicky was born on May 26th, 1951, in Woodbridge NJ to George and Mary Buchko. Nicky was a caring and loving husband to his wife Elizabeth of 51 years. Elizabeth and Nicky have known each other since they were 11 years old. Elizabeth and Nicky started dating at 18 and have been together ever since. They welcomed twin daughters Carrie and Nicole born on the 4th of July, and their youngest daughter Kelly who was born on Father’s Day. Nicky moved to Port St. Lucie Florida in 1987 with his wife and three daughters. Nicky used his talents to support himself and his family, he was hardworking devoted, strong, and smart. Using these traits, he discovered a calling and something he was truly great at: mechanics. Nicky could fix mostly anything, and he especially loved cars. Nicky turned his passion and skills into a business, he owned Campers Connection with his brother Andrew in Ft. Pierce Fl, for many years. Long after his business, Nicky could not help but to use his talents and passion, he still worked just weeks before his death fixing things and helping others. Nicky passsed on his knowledge and expertise to everyone he met, especially his family. Nicky truly loved his job; it was his passion and his calling. Nicky was also a diehard New York Mets fan and would be so happy if the Mets win the world series this year. His talents helped him in every aspect of his life, he never stopped working, and devoting himself to helping others, especially his family. Nicky was compassionate, charitable, friendly, and above all else funny. His sense of humor and compassion allowed him to befriend everyone he met. Nicky helped so many people in his life; and made a positive impact in his community. Most notably Nicky was a multiple time Grand Knight of the Port St Lucie Knights of Columbus, a catholic organization dedicated to charity and helping those in need. Being a devote Catholic, Nicky was a member of Saint Lucie Catholic Church, and he lived his life with compassion, honesty, love, kindness, and faithfulness. Being caring and compassionate Nicky always put others ahead of himself, especially his family. To his family he was the biggest jokester, he could not go a day without making someone laugh, even if he did not always feel like laughing himself. Nicky especially loved and doted over his grandchildren and daughters; they were always on his mind. He was his daughters and grand kids’ biggest fan, and they were his. His grandchildren could not get enough of their beloved papa. Nicky always helped in any way he could, from a simple joke to fixing a problem he always knew what to do and say to make the situation better. His compassion extended beyond blood, Nicky was everyone’s Dad or Uncle. Nicky was known for his kindness, love, and humor to his family. Nicky is survived by his wife of 51 years Elizabeth Buchko of Port St. Lucie, Fl. His daughter Carrie Rayl of Palm Coast Fl. Kelly Wagner and her husband Karl Wagner of Orlando, Fl. His daughter Nicole Curtis and her husband John Cooke of Port St. Lucie, Fl. His 7 grandchildren, Angelica, Brittany, Danny, Brandon, Kiersten, Anthony, and Harlie, He is also survived by his sister Elizabeth Gerhard of Port St Lucie Fl, Helen Spisak of Old Bridge, NJ, Barbara Triantifildes of Port Reading, NJ, and his brother Andrew Buchko of Ft Pierce, Fl. Nicky was preceded in death by his mother Mary Buchko and his father George Buchko, his sister Maryanne Korkowski and brother George Buchko. He has left behind many loving nieces, nephews, aunts, uncles, brother in laws, sister in laws, cousins, and friends. Nicky in his life stood for love, equality, and loyalty. He loved everyone in his family, especially his wife Elizabeth. There are countless words to describe Nicky, but the top five are: Kind, Strong, Handsome, Devoted, and Intelligent. Nicky was a beloved husband, father, and grandfather; and Nicky will be dearly missed by all, thank you for being in our lives. Until we meet again in Heaven Nicky, we all love you and are thankful for you. A funeral Mass will be held at St. Lucie Catholic Church on October 24, 2022 at 11:00 am. Goodbyes are not forever, goodbyes are not the end, they simply mean we'll miss you, until we meet again.
See more See Less

In Memory of Dominick Edward Buchko