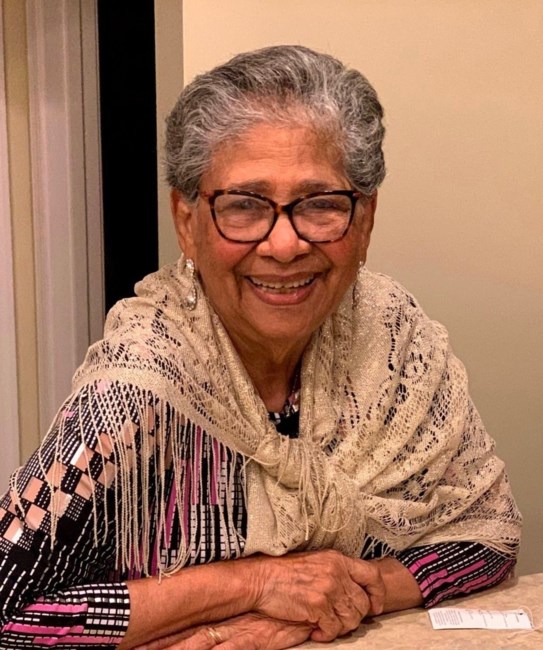 Edy Rohan (nee Ventura) of Port Saint Lucie, Florida passed away on October 1, 2022 at the age of 92 years old. Born in the Dominican Republic on June 8, 1930 to Andres Ventura and Luisa Ventura Salas. Edy relocated to New York City where she met the love of her life Juanito Rohan (her Bobby) and celebrated their 72 wedding anniversary this past January. She lived on Staten Island, Howell NJ, Weston FL, Santo Domingo DR, and Port Saint Lucie FL. Edy worked as a seamstress while raising her children which also included foster children. Our mother was a kind, caring and a giving person who always put the needs of family before own. Edy was a strong woman who faced every challenge in life with courage, dignity and love. Beloved wife of the late Juanito Rohan. Loving mother of Leonel Rohan, Laura Fleischman, Marianela Rohan and the late Juanito Rohan, Jr. Cherished mother-in-law to Kent Fleischman, Sr, Linda Rohan, Jean Ann Rohan. Dear grandmother of Asia Doak, Kent Fleischman, Jr, Enez DiSporto, Jon Rohan and Andrew Rohan. Great grandmother to Trenton, Azaria, Mia, Ruby, Roslyn and Joseph. Adored sister to Andres Ventura, Julio Ventura, Marianela Snyder, the late Fernando Ventura, the late Danilo Ventura and the late Eduviges Ventura. A Visitation for Edy will be held Thursday, October 6, 2022 from 1:00 PM to 2:00 PM at Aycock at Tradition, 12571 Tradition Parkway, Port St. Lucie, FL 34987, followed by a Celebration of Life from 2:00 PM to 3:00 PM.
See more See Less

In Memory of Edy Rohan