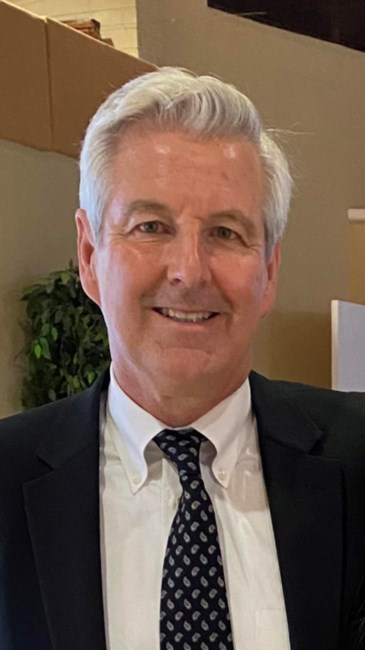 On October 9, 1960, the world became a little brighter place, as Joseph Siegfried Johnson was born in Wernsburg, Germany to Waltraud N. Johnson and Ret. Major Joseph H. Johnson. On Sunday, July 10, 2022, Joe suddenly passed after living a life accomplishing many great things. Joe, Joey, and Joseph were his affectionate names by family and friends that loved him dearly. Joe grew up within a military family in Fayetteville, North Carolina, and graduated from Douglas Byrd High School in 1978. He loved all sports and was active in Boy Scouts. He played on the tennis team at Douglas Byrd High School, was a honor roll student and was active in many clubs. After high school, Joe attended North Carolina State University, and graduated with a bachelor’s degree in Computer Science and Business Management in 1982. After graduation, Joe found success in the Washington DC area working for several companies in the computer programming industry. After eventually moving back to North Carolina in 2005, he continued to further his career in Raleigh/Durham with EWR, Inc. as a Senior Programmer/Analyst. Joe loved spending time with his two children, his friends and visiting his family in Fayetteville. He also enjoyed watching sports (most especially, games involving North Carolina State University, the New York Jets, and the Baltimore Orioles), playing tennis, spending time at the beach, skiing in the North Carolina mountains, and gardening in his yard. Joe had a great sense of humor and loved life fully. He was a hardworking, smart, loyal, selfless, kind, gentle man that loved his family and friends very much. Joe was preceded in death by his mother, Waltraud N. Johnson and ex-wife Valerie Kislak. He is survived by his two beautiful, strong and talented children Max S. Johnson and Tabitha R. Johnson; father Ret. Major Joseph H. Johnson; sister Mary L. Johnson; and brother David H. Johnson and spouse Patrick D. Brennan; and extended family. A Funeral Service was held on Saturday July 30, 2022 in the Chapel of Mitchell Funeral Home, burial followed in Raleigh Memorial Park. Flowers are welcomed at the service or in lieu of flowers plant a tree in memory of Joe. Rest in peace our beloved son, brother, father and loving friend to many. Forever in our hearts, never forgotten.
See more See Less