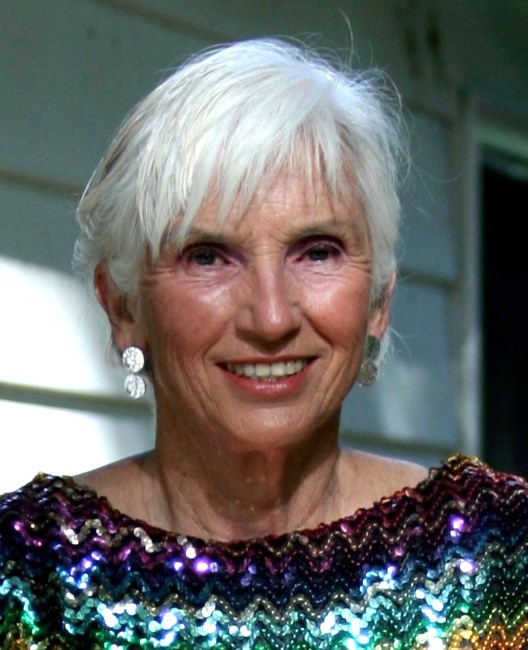 Mary Ann Brittain took leave of this earth on March 17, 2019, at her home in Raleigh, NC. She was born to the late Mary Elizabeth Browning Cromer, and Buford Bradley Cromer, on May 20, 1942, in Charlotte, NC. Mary Ann lived in Charlotte, Winston-Salem, and Raleigh, where she graduated from high school at Peace Jr. College in 1958. Mary Ann graduated from Wake Forest Univ. in 1962. She married the late Grover Powell in 1965 and they settled in Raleigh after pursuing his pro baseball career. Mary Ann married the late Billy Drew Brittain in 1978. At that time, Mary Ann began her work at the N.C. Museum of Natural Sciences where she was an educator of educators. She created many hands-on programs for teachers to use in their classrooms and believed nature was the ultimate classroom. She was founding director of Prairie Ridge Eco Station, the museum’s outdoor education center. Upon her retirement, the museum named her a “state treasure” and awarded her the inaugural H.H. Brimley Lifetime Achievement award. Mary Ann was also honored with the Order of the Long Leaf Pine from the state of North Carolina for her impact in the state. She was chosen to participate as a Fellow with the Kellogg Foundation, which allowed her to expand the reach of her educational work. Mary Ann was an integral part of her church, Pullen Memorial Baptist in Raleigh, where she formed intergenerational and interracial groups and communities. She was passionate about bringing people together and fellowshipping over a meal and all the stories that come along. She created and led workshops on how to help people connect through all of life’s passages. She led Family Cluster classes with Martin Street Baptist Church and Pullen for many years and cherished the ensuing relationships. Mary Ann and Bill loved the blended family they created. Even with his, hers and ours, there was always room for more, and they continued to take in foster children over the years. She is survived by her six children: Beth Pottle (Tom) of Wilmington, Michael Brittain (Susan) of Cary, Grey Powell (Meg) of Raleigh, Tam Hoang (Dung) of Raleigh, Kim Tien Hoang (Son) of Raleigh, and Angie Ferree (Mike) of Raleigh. She also had 14 grandchildren with whom she shared her passion for nature and life, and she loved deeply. All are grateful for Tracy Gilbert, Brenda Tribbey and Nandini Debnath for their loving care of her in her final years. In lieu of flowers, the family suggests donations to Educators of Excellence at the N.C. Museum of Natural Sciences or the Hope Center at Pullen Memorial Baptist Church. A memorial service celebrating Mary Ann’s life will be held at Pullen at 3:00 p.m., Saturday, March 23. A singing of her favorite hymns will begin at 2:30 p.m. A reception will follow the service in Finlator Hall at Pullen. Arrangements by Brown-Wynne, Saint Mary's St., Raleigh. Mary Ann understood life is a gift. She daily read the obituaries and enjoyed discussing them with friends. Among friends she wrote these words for hers. She laughed a lot and cried often She believed both came from the same cup. She believed that the purpose of life was not to be happy but to make a difference – to have it matter that you lived at all. She was profoundly grateful to have been loved deeply throughout Her life by people she was lucky enough to love also. She was comforted by the belief, which came late in life, that you only have to do your part to help with the overwhelming need and hurt on this planet and do not have to live wracked with guilt that you cannot do more. And she thought daily… Wow! What a planet! She was full of gladness and cherished her deep connection to all living things from bugs to bears. Finally, she died… full of gratitude and with the hope that every human being will someday live in the same fullness she enjoyed. – Mary Ann Cromer Powell Brittain, 2006
See more See Less

In Memory of Mary Ann Brittain

A singing of her favorite hymns

A Celebration of Mary Ann's Life with a Reception to Follow