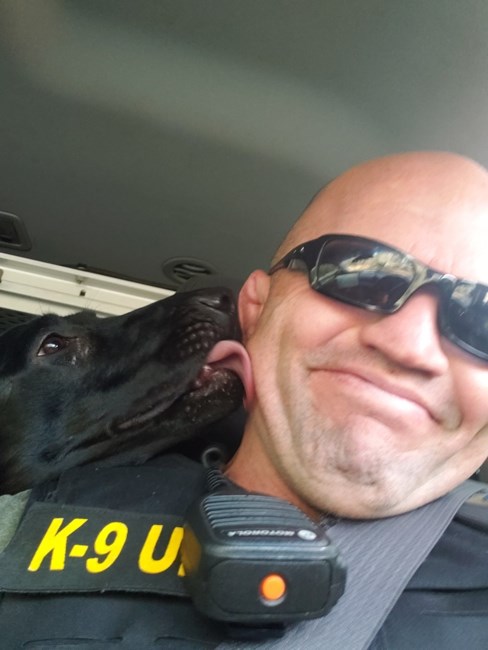 Deputy Ned P. Byrd, age 48, of Raleigh, North Carolina passed away on Friday, August 12, 2022, while in the line of duty with the Wake County Sheriff's Office. Deputy Byrd had served in the sheriff’s department for 13 years as a detention officer and, most recently, a K9 officer. He lived his life to the fullest, he was helpful, kind, and very much loved. Ned was a friend to all, and family to many. He was the strongest smartest big brother one could ask for - He was my hero, and my rock. He has left this world too soon, and has taken what's left of my heart with him. Ned is survived by his K9 partner, Sasha; his sister, Mignon Byrd Perkins, and her husband, Jeffery, of Kiln, MS; nephews, Tyler Byrd, Logan Byrd, Gavin Perkins, Koby Perkins; and several Aunts, Uncles, and Cousins. Deputy Byrd was preceded in death by his parents, Nezzar Patrick Byrd and Sharlene Penny Byrd; and his brother, Matthew Byrd. A Funeral Service for Deputy Byrd was held on Friday, August 19, 2022 at Providence Baptist Church, Raleigh. Pallbearers and Honorary Pallbearers were his Wake County Sheriff K9 Unit family. In lieu of flowers, please direct all memorials in Deputy Byrd's name to Spike's K9 Fund. Please use the link below under 'donations'. If you would like to leave a favorite memory / story of Deputy Byrd, or a message of condolence for his family, you may do so below within 'add a memory'.
See more See Less