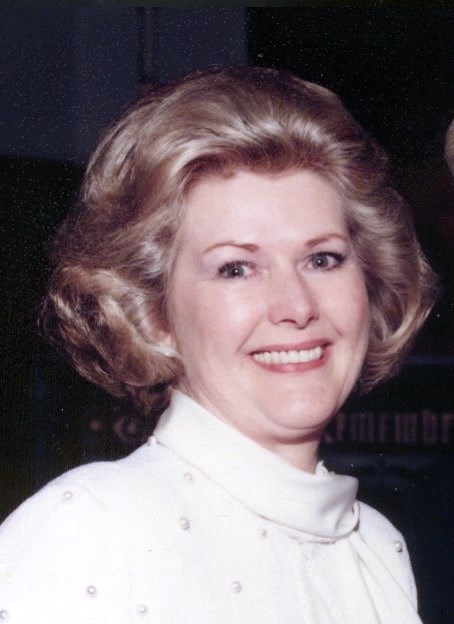 She was born on October 1, 1933 in Raleigh, NC to the late James Walter Parrish and Mandy Parrish Buffaloe.

Peggy was raised in Raleigh, NC and graduated from Hugh Morson High School in 1951. She worked for Cameron Brown and Willie York for years on the development of Cameron Village. She was affiliated with and very active in the Business Women’s Association. Peggy worked as a staff member for the US Senate until retirement.

Other than her parents, Mrs. Coe was predeceased by the love of her life, and husband of 23 years, Fred A. Coe, Jr., a brother, Charles Douglas Parrish, sister, Laura Parrish McGregor, and nephew Jerry Douglas Parrish.

Peggy is survived by her sister, Ann Parrish Goodwin of Greenville, NC, her Angel, best friend and caretaker, “Miss Mollie” Shaw of Wilmington, NC. Also surviving her are loving nieces and nephews, Sylvia Seiden, Pam Morris, Patricia Bonder, Larry Gay, Vickie May, Donna Duncan, Budd Gay, Rick Moore and Ronnie Moore. She was also survived by many great nieces and nephews that were dear to her.

In lieu of flowers, memorial may be made to the NC Alzheimer’s Association. Donna and Speck Duncan would also like to thank, from the bottom of their hearts, the staff and caregivers of Trinity Grove, for their patience, unending love and amazing care for their "Aunt Peggy".

In Memory of Peggy Parrish Coe