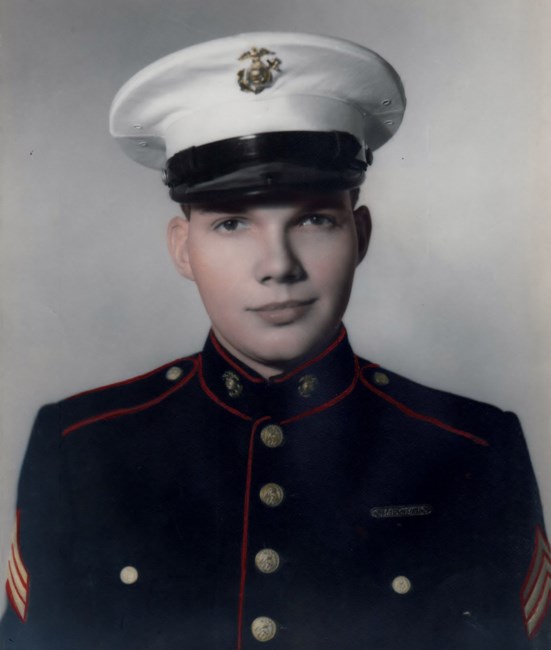 William Oliver Smith, Jr., 88, died on Friday, October 13, 2017 at his home. Oliver, a Raleigh native, was born On April 9, 1929 to William Oliver and Vandelia Drew Smith. He attended Ravenscroft, Myrtle Underwood and Needham Broughton High School. He graduated from Oak Ridge Military School in 1947 and the University of North Carolina at Chapel Hill in 1951 where he was a member of the Kappa Sigma Fraternity. Oliver served two years in the United States Marine Corps during the War in Korea attaining the rank of Sergeant. He was a graduate student at the University of Innsbruck in Austria and attended Carnegie Tech studying Printing Management. In 1957, Oliver joined Edwards and Broughton where he remained for nearly 30 years until the family owned business closed. On June 2, 1962, Oliver married Margaret Miller Maxwell of Seven Springs, N.C. and their daughter Mollie Margaret-Oliver Smith was born on October 8, 1967. A member of the Church of the Good Shepherd, he served on the Vestry as a Junior Warden, The Brotherhood of St. Andrew, the Men of the church bible class and as a dedicated volunteer for Meals On Wheels. Oliver was a member of the North Raleigh Exchange Club, Raleigh Chamber of Commerce, Lions Club, Sons of the American Revolution, North Carolina Chapter of the Society of the Cincinnati, Post No.1 American Legion, Old Raleigh Boys’ Club, Raleigh Toastmaster Club, Carolina Country Club and 2500 Dance Club. Oliver was predeceased by his parents; his two infant brothers; his sister Drew Smith Mann; and his grandparents, Dr. and Mrs. Charles Lee Smith of Raleigh and Mr. and Mrs. George Drew of Live Oak, Florida. He is survived by his wife Margaret of 55 years; his daughter Mollie and her husband Joe Holt; his grandsons Maxwell Ilyas Abbushi and Joshua David-Oliver Green; as well as many nieces, nephews and cousins. A funeral service will be held on Saturday, October 21, 2017 at 11:00 am at Church of the Good Shepherd, 125 Hillsborough St., Raleigh. A reception will be held at the church following the service. Burial will follow the reception at Historic Oakwood Cemetery. In lieu of flowers, memorial contributions may be made to the Shepherd's Table, 121 Hillsborough St. Raleigh, NC 27603. Arrangements by Brown-Wynne Funeral Home, Saint Mary's St., Raleigh; www.brownwynne.com

In Memory of William Oliver Smith