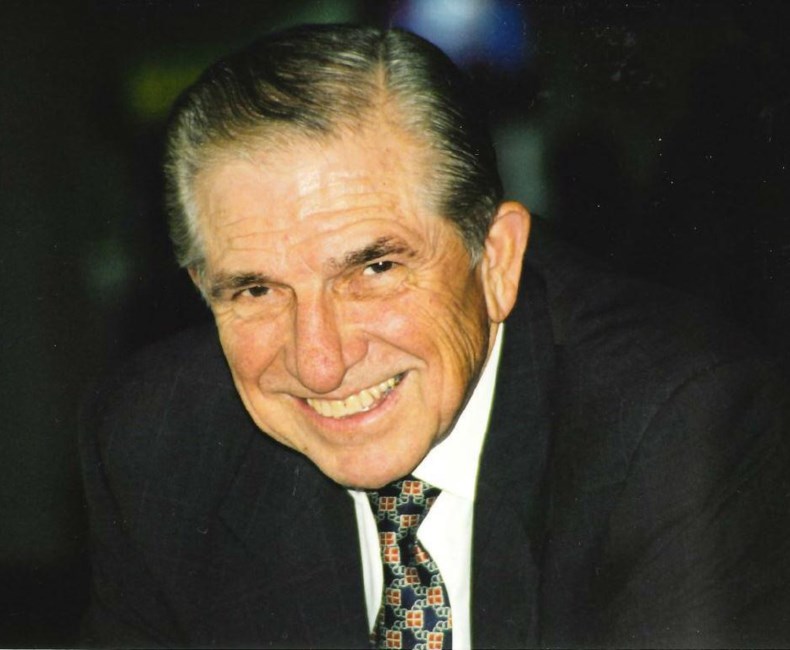 E. Bruce Heilman Widely known for his active leadership, constant optimism, contagious enthusiasm, and untiring determination, E. Bruce Heilman had a transforming effect on everything with which he was associated. He was President and then Chancellor of the University of Richmond, and President of Meredith College in North Carolina. He made his Heavenly journey on October 19, 2019 at the age of 93. Born on July 16, 1926 into the family of a tenant farmer in Kentucky, Heilman learned to live on hard work, faith, and frugality. An uninspired student who dreamed of becoming a truck driver, he interrupted his farming life when, at age 17, he dropped out of high school and enlisted in the Marines to serve in World War II. Compared to his daily schedule of farm and school activities, boot camp was good for him – he grew 4 inches and gained 35 pounds in his first four months in the service. Time "on the ground" in Okinawa was not as easy, as he saw countless friends and patriots give their lives for his country. The Marine Corps broadened his horizons, increased his confidence, and transformed his ambitions. After an honorable discharge from the Marines, Heilman embraced the GI Bill and restarted his education, ultimately pursuing a career in higher education administration. He advanced rapidly and was named President of Meredith College in North Carolina at the age of 40. Five years later the University of Richmond persuaded him to become their fifth president and help implement the $50 million gift recently made by E. Claiborne Robins of the A.H. Robins Pharmaceutical Company. Even though the largest capital campaign in the University’s history was just $1.7 million, Heilman challenged the board of Trustees to support a $50 million campaign, saying, “We should all be able to do collectively what Claiborne Robins did individually.” That bold leadership defined Heilman’s tenure. Dr. Heilman was admired and appreciated for his fund-raising capabilities. Not only did he put Meredith College and the University of Richmond on solid financial footing, he was a major fund raiser and fund raising advisor for the Marine Military Academy in Harlingen, TX, the Marine Corps Museum in Quantico, VA, Campbellsville University in Kentucky, and many other small colleges throughout the U.S. As a result of his efforts, he has three buildings named in his honor at three universities: a dormitory at Meredith College, a dining center at the University of Richmond, and a student center complex at his alma mater, Campbellsville University. There are an additional two buildings at Campbellsville named in honor of his late wife, Betty. A man of action in everything he chose to pursue, Heilman’s greatest efforts and results were reserved for the University of Richmond. Before arriving in 1971, his predecessor had warned that the University was in danger of folding or being absorbed into another Virginia school. At that time UR’s endowment was just $7 million. Sixteen years of tireless effort later, the University was vibrant with a growing national reputation, glistening new facilities, and a strong financial position. Today, Richmond has an endowment of $2.5 billion and ranks 10th in endowment per capita of all U.S. universities with over 3,000 students. Even at the age of 93, Dr. Heilman was a sought-after speaker. He was tireless in his preparation of speeches which incorporated poetry, humor, and a rapid-fire delivery that kept audiences engaged and inspired. One of his most satisfying roles was that of spokesperson for the Greatest Generations Foundation, where he traveled the globe to spread the history and lessons that shaped those in the Greatest Generations. Heilman thought that exposure to other peoples and other cultures was an essential part of being well-educated. Soon after becoming President of Meredith College he initiated a summer travel adventure, first inviting students, then friends and college supporters, and ultimately his family to join him as he traipsed the world and visited 145 countries. At age 71 and looking for a new challenge, Heilman’s wife Betty gifted him a Harley Davidson which he proceeded to ride and enjoy for the next 22 years. He took his Harley across the country multiple times and traversed all 50 states, including a solo trip to Alaska from Richmond at age 88. Along the way he picked up a new group of friends, all admiring his winsome spunk and ability to safely handle an 800 lb. two-wheeled “Hog”. In September of 2008, An Interruption that Lasted a Lifetime was published, an autobiography about Heilman’s first 80 years. The book opens with a quote from Benjamin Franklin: “If you would not be forgotten as soon as you are dead and rotten, either write things worth the reading or do things worth the writing.” Heilman was married to Betty June Dobbins for 65 years before she passed away in 2013. He was preceded in death by his parents, Earl and Nellie Heilman; brothers, Roland and Bob Heilman; and sister, Nancy Ruth. He is survived by daughters, Bobbie Murphy (Mike), Nancy Cale (Fred), Terry Sylvester (David), and Sandy Kuehl (Fred); son, Tim; 11 grandchildren, Chris Hudgins (Sarah), Matt Hudgins, Dylan Davis (Melissa), Morgan Davis (Allie), Whitney Christopoulos (Brett), Hilary Disher (Justin), Natalie Foy (Nick), Carly Parsons (Luke), Nick van der Meer, Corey Heilman, and Patrick Heilman; and 11 great-grandchildren. He loved his family deeply. The family will receive friends and honored guests on Friday, October 25th, from 2 to 4 p.m. and 6 to 8 p.m. at Woody Funeral Home, 1771 N. Parham Rd, Richmond, Va. 23229. A memorial service celebrating his life will be held on Sunday, October 27th, at 2 p.m. in the Cannon Memorial Chapel, University of Richmond, 134 UR Dr., Richmond, Va. 23173. In lieu of flowers, donations may be made to the E. Bruce and Betty Heilman Scholarship at the University of Richmond, the E. Bruce and Betty Heilman Scholarship at Campbellsville University, or the Greatest Generations Foundation at http://www.tggf.org/.
See more See Less

In Memory of E. Bruce Heilman