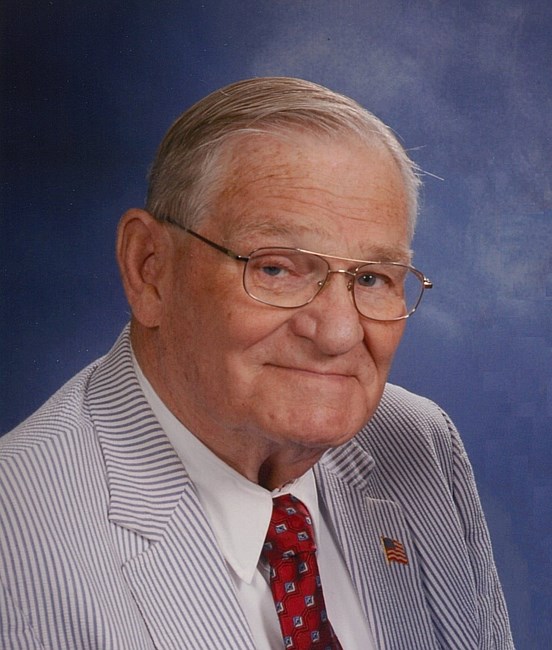 Herbert "Herb" F. Waters, Jr., husband of Jean Gill Waters, was surrounded by family when he went to be with the Lord on Wednesday, June 9, 2021 at the age of 91. He was born on November 30, 1929 in Baltimore, Maryland to the late, Herbert F. Waters and Emma A. Waters. He was retired from News America Marketing and had worked for many years in management for Golden Skillet Chicken. Herb was very active as a football official until several years ago. He officiated at Fork Union Military Academy and many high schools. Herb's life was surrounded by being a football official at Fork Union, where he was blessed and everyone knew what a gentleman he was. He was a very active member of Mount Vernon Baptist Church on Nuckols Rd. He believed in prayer and knew God had the plan always. Herb was indeed a special person and a true gentleman and will be missed by all who knew him. Herb was married to Jean for over 11 years and God gave them a gift that they both cherished. He slowed down about two years ago due to health issues but Herb would donate his paychecks from manning the play clock at Fork Union, to the school and athletic programs. Herb had a deep devotion to his family, especially his wife, Jean. His firm belief in God, supported him in his sickness and ultimately gave him peace. He was blessed with three boys, Herbert F., III (Lin), Jeffrey W. (Lisa) and Bryant G. (Marilyn); grandchildren, Alison, Kurt, Natalie, Laura, Michael, and Mitchell; great grandchildren, Dell, Huck, Abigail, Ila and Michael; brother-in-law, David Miller; sister, Mary Jane Felter; and special friend that he thought of as a son, Russell Hockaday. The family would like to recognize and thank James River Home Health and Hospice and Shelia with Sheltering Loving Arms Home Health Services, for their loving care during Herb's last days. Herb had so many friends that we would like to thank for being with him during his rough days. The family will receive friends from 6 to 8 p.m. on Wednesday, June 16, 2021 at Woody Funeral Home-Parham. His funeral service will be held at 1:30 p.m. on Thursday, June 17, 2021 at Mount Vernon Baptist Church of Glen Allen, 11220 Nuckols Rd, Glen Allen, VA 23059. Donations can be made to Fork Union Military Academy, 4744 James Madison Hwy, Fork Union, VA 23055 or Mount Vernon Baptist Church.
See more See Less