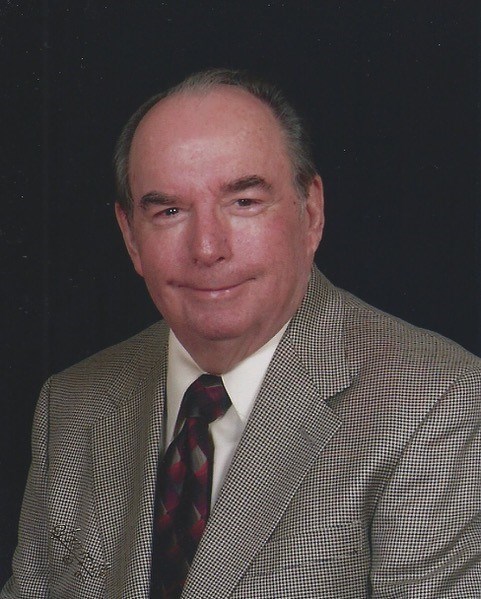 Jack Pearce Dean, age 91, of Madison, Mississippi, died on November 16, 2022, at St. Catherine’s Village in Madison from cancer. Mr. Dean was born August 26, 1931, in Shreveport, LA to James A. and Nina Smith Dean. He grew up in Marion, LA, graduating from Marion High School and subsequently earning a degree cum laude in accounting from Louisiana Tech University in Ruston. Jack met Elizabeth Anne Tillman of Monroe, LA at Tech and they were married June 5, 1952, in the First Baptist Church of Monroe. After 64+ years of a loving marriage, Mrs. Dean preceded him in death September 20, 2016. The Dean family moved to MS, 1962 when he transferred from the New Orleans office of Peat, Marwick, Mitchell & Co. (now KPMG) to their Jackson office. He had handled the Lamar Life Insurance Company account since 1959 and joined the company as treasurer October 1, 1963. He was promoted to vice president and treasurer in 1964, senior vice president and treasurer in 1968, joined the board in 1972 and was elected president in March 1973, retiring on July 1, 1989. He also served as director, president and later as chairman of the parent company, Lamar Life Corporation, from 1973-88. Mr. Dean was the first Mississippi insurance executive to serve on the boards of both the American Council of Life Insurance and the Health Insurance Association of America. He was the first chairman of the Mississippi Life & Health Insurance Guaranty Association and was a past president of the Life Insurance Association of Mississippi. He was a director of Trustmark Corporation and Trustmark National Bank from 1974-87. He chaired fund drives for and served as president of Goodwill Industries, the United Way of the Capital Area and the Jackson Chamber of Commerce. Mr. Dean was a member of the American Institute of CPAs and formerly belonged to the Louisiana and Mississippi societies of CPAs. He was a long-term member of the Rotary Club of Jackson. Mr. and Mrs. Dean were charter members of Northminster Baptist Church where he served one year as chairman of the board of deacons. After his retirement from Lamar Life on July 1, 1989, he had time to devote to his interest in genealogy and led in the formation of the Family Research Association of Mississippi. His six grandchildren were born 1987-91 and quickly became the center of his life. Survivors include his children: Linda Ratchford (Mike), New Castle, DE; Cynthia Thomas (Wayne), Madison, MS; James Dean (Theresa), Marietta, GA. Grandchildren: Elise Ratchford (Bobby Muhlhausen), Everett, MA; Michael Dean, Chicago, IL; Ted Ratchford, Washington, DC; Natalie Sharma (Rohit), San Francisco, CA; Ashley Coppola (Thomas), San Antonio, TX and Spencer Thomas, Athens, GA. Great-grandchildren: Jack, Ryan and Molly Dean; Lucas Ratchford Muhlhausen. He is also survived by his long-time companion at St. Catherine’s Village Velta Roberts. The family would like to thank Dr. George Patton and the staff at St. Catherine’s Village for their compassionate care. A Memorial Service will be held on Saturday, December 17, 2022, at Norhminster Baptist Church, 3955 Ridgewood Road, Jackson, with visitation in the Great Hall beginning at 2pm followed by the service at 3pm in the Sanctuary. A separate graveside service will be held 12:30 PM on Sunday, December 18, 2022, at Mulhearn Memorial Park Cemetery, 623 Highway 80 East, Monroe, LA. The family encourages memorials to Northminster Baptist Church, 3955 Ridgewood Road, Jackson, MS 39211 or Goodwill Industries of Mississippi, 104 East State Street, Ridgeland, MS 39157. To share a memory of Jack or send a condolence, please visit: www.parkwayfuneralhomeridgeland.com.
See more See Less

In Memory of Jack P. Dean