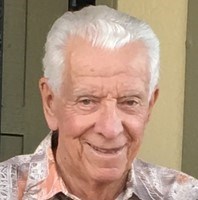 Norman Raymond Aguirre (Norm) died peacefully in his sleep in Roseville, California on September 11, 2022. He was 91 years old at the time of his passing. Norm was born in Oakland California on April 13th, 1931, to Benjamin John Aguirre and Irene Francis Gordon-Aguirre. He grew up in Oakland with his brother Ronald Erwin Aguirre and graduated from Oakland Tech High School. Norm started his career in the Road Paving Industry in 1955 with Reed and Graham, Inc. He started as a scale man at the San Jose asphalt plant, later advancing to head bookkeeper and then transferred to operations department as a dispatcher. Norm left Reed and Graham in May of 1967 after his wife was diagnosed with terminal cancer. They wanted to relocate closer to her mother who could help in taking care of their 4 young children. In March of 1973 Norm rejoined Reed & Graham, Inc., and was directly involved in the company’s growth; adding a slurry seal division and growing the company’s Asphalt, Emulsion, Road Oil Products and Spreader Trucks Divisions. Norm also played a key role in mentoring the next generation of Graham’s. Norm was also active in many industry associations serving on the boards and/or board of directors of Asphalt Emulsion Manufacturing Association for 18 years, International Slurry Surfacing Association for 16 years, California Chip Seal Association and Founder & and past president of the Asphalt Sealcoat Manufacturers Association, Associated General Contractors of California, and Foundation for Pavement Rehabilitation and Maintenance Research. Serving in these positions Norm developed a love for travel attending meeting all throughout the United States and a few Internationally. If an effort to balance work and family life Norm acquired a private pilot license and flew for over ten years until he officially retired from Reed and Graham, Inc. on March 31, 2001, as Senior Vice President / General Manager. Norm Aguirre is preceded by Virginia Joan Aguirre (1975), survived by and loving mother to David R. Aguirre (Katie), Stephen J. Aguirre (Sarah), Judy K. Alarcon (Tom), Paul J. Aguirre (Jitratda) Norm is also preceded by Nancy Sax-Aguirre (1997), survived by and loving mother to, Stephen Sax, Cheryl Sax Littleton (Rich), David Sax (Patsy) Dana Olsen (Steve), Tamara Sogard (Steve) Norm is also survived by 20 grandchildren, 12 great grandchildren and 2 great great grandchildren. Viewing will begin at Nicoletti Funeral Home located at 5401 Folsom Blvd, Sacramento, Ca on Tuesday September 27th from 3 pm to 7 pm. Funeral Services will begin Wednesday September 28th at 11:00 am same location Nicoletti Funeral Home. Burial service will follow at St. Mary’s Catholic Cemetery located at 6700 21st Avenue, Sacramento, CA.
See more See Less

In Memory of Norman Raymond Aguirre