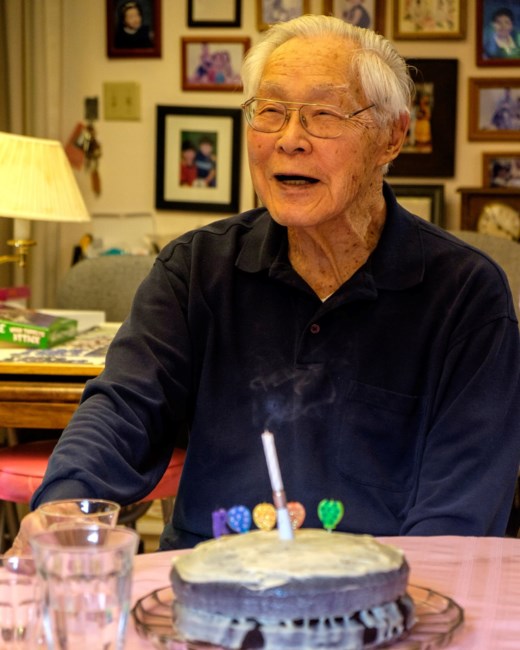 Robert Young passed away peacefully at his home in Sacramento on September 21, 2022. Bob was born in February 1926 in Stockton, California. He graduated from Stockton High and the University of the Pacific, where he earned a BA in Business Administration, and later a California Teaching Credential. Beginning in 1942 he began working at Chas Haas and Sons Jewelers after school, during school vacations and for a few years following college. It was during this time that he developed an appreciation for jewelry and other fine items at the store but especially for watches and clocks. He married Nytee Chan in 1953. From 1954 to 1956 Bob served his country in the U.S. Army. In 1960, Bob and Nytee moved to Sacramento where they raised their two sons, Wesley and Douglas. Bob started a 26 year career teaching 6th grade and science. Following his retirement, Bob and Nytee spent over 30 years traveling, golfing, and dancing. Most of all, Bob devoted special care and attention to his immediate family. To each person he shared his love and support for their education, passions and careers. Bob will be remembered especially for his kindness and his enduring smile. Bob is survived by his wife, Nytee, of 69 years; his two sons, Wesley (Margie Ratto), Douglas (Laurie Johnson); granddaughters, Alison Seabourn (Kyle), and Sydney Young; grandsons Bobby (Lauren), and Ray; great granddaughter, Dana Seabourn; his brothers, Harold (Mary), Richard (Theo), and sister Flora Young-Spalding (Norman). He was preceded in death by his granddaughter, Lauren Young.
See more See Less

In Memory of Robert G Young