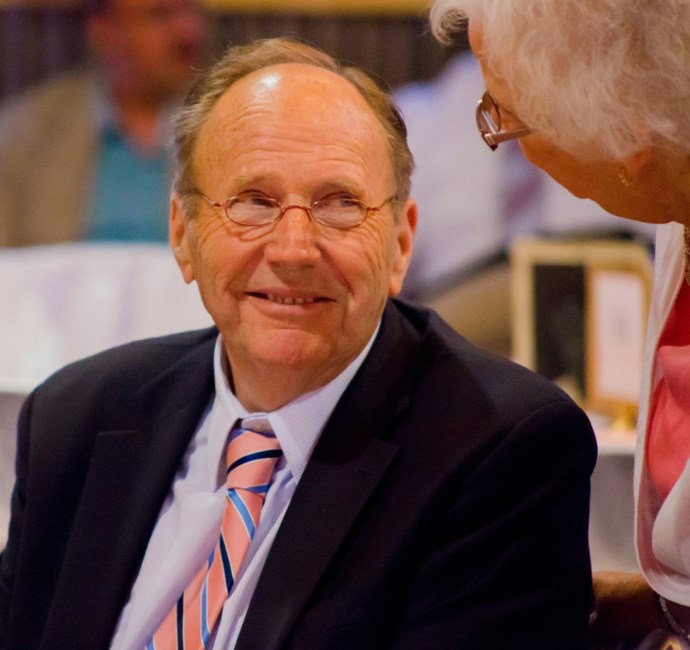 Jay Nilson passed away peacefully on August 8, 2022 in Salt Lake City, Utah after 4 years of battling a myriad of health issues. He was born in Cache Valley, Utah to Joseph and Julia Nilson. As the youngest of 3 and the only boy, he learned a lot of practical skills at a young age. He worked at a gas station and the railroad as well as sold milk from his cow that he raised. At 17 he met Tamra Jorgensen while she busily worked for her dad at Marv's Cafe in Smithfield, Utah. After a couple of years of dating, he left for the Army. There is still a debate about who was sadder when he left... Tamra or her mom, Norean who thought Jay was quite the catch. Jay served for 2 years in the army where he trained to keep the telephones operating in the field. That led him to apply for a job with Mountain Bell where he had a lifelong career as a telephone technician. He loved being out and about chatting with people. After his retirement he went to work as the repairman for his daughter in law, Toni's property management company. He loved getting to know the tenants and being able to help them out. Jay was a great tour guide. If you road tripped with him, you got to see all the backroads, small towns, and divey diners. It was always an adventure riding with him - especially when he would quiz you about Mendenhall curve Jay's was a life of service and humor. He was always doing or fixing things in order to make someone's life easier. He often had a funny story or dry joke that took a minute to sink in and left him laughing harder than anyone. Most social visits turned into Jay finding something in your home that needed repair and taking care of it. He was a master at making things work again. For many years he would make soup each week to take to friends and neighbors, or anyone he thought might need it. He made hundreds of batches of ice cream for his family and friends whether it was a birthday party, baseball game or any holiday, you could count on Papa's ice cream. In the end our Papa P left this life for the next on his own terms and surrounded by family. He is survived by his wife Tamra, his beloved niece Marilyn (Tom) Wilson, his children Jeff (Tonya) Nilson, Shane (Toni) Nilson, Tara (Brooke) Nilson, along with 12 grandchildren and 5 great grandchildren who all adore him. Jay was preceded in death by his parents and two sisters. A service will be held at 11:00 am. on Friday August 12th at Wasatch Lawn Memorial Park (3401 S Highland Dr. Millcreek, Utah). A viewing will be held from 9:30 - 10:45 where we welcome friends and family. The funeral will be live streamed for those who can't make it- https://view.oneroomstreaming.com/index.php
See more See Less

In Memory of Jay Paul Nilson