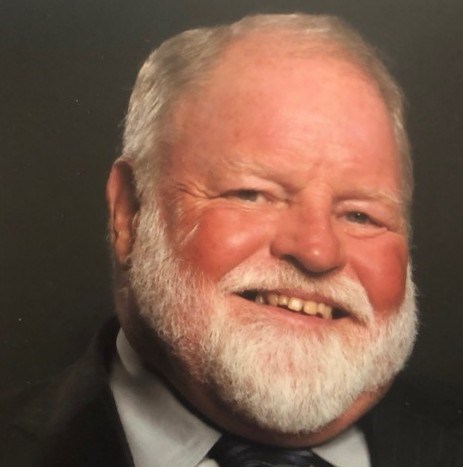 "Ron the Barber” Ronald Lynn Beesley, 72 years old of Midvale, Utah was born November 4th, 1946 to Max Clarence Beesley and Jean Bee Draper. Ron passed on August 22nd, 2019 surrounded by his wife and daughters. In 1950 at the age 4 years old, Ron contracted the worst case of polio in the state of Utah. He defied all the doctor’s expectations and went on to live a normal and productive life. He graduated from Hillcrest High School and attended night school to get his barbers license. He cut hair at ZCMI, Ken’s, Tony’s and Heusser’s Barbershops before successfully opening Beesley’s Barbershop in November of 1999. Ron married Stephanie Manwill Jackson in June of 1990. The first time Ron and Stevie met in 1979, Ron was cutting Stevie’s boy’s hair. Little did they know that she would eventually become his bride. Ron spent his summers camping, fishing and boating from one of his many boats and autumn hunting with family and friends. Ron is survived by his wife Stevie, daughters Erin Hall (Doug), Brooke Beesley (Erik), stepsons Marc Jackson (Brenda), Mike Jackson (Veronica), Brian Jackson (Courtney), and Curt Jackson (Sally), brothers Marc, Stuart, Justin, eleven grandchildren and three great grandchildren. Ron was preceded in death by his parents, brother Gary, sister in-law Vicky (Gary), sister in-law Vicky (Stuart), and wife Marie. Visitation will be held on Tuesday, August 27th from 6:00-8:00 PM at Wasatch Lawn Memorial Park & Mortuary, 3401 S. Highland Dr. Services will be at 2:00 PM Wednesday, August 28th with visitation one hour prior at Wasatch Lawn Memorial Park & Mortuary. Please be prepared to share your memories of Ron. Interment to follow at Murray City Cemetery. Ron could bring people together with his stories, humor, and love. Ron was strong, determined, uncompromising and a man of his word. He will be dearly missed by his family and friends. Your dreams have finally come true. Run, dance, and enjoy the deer hunt!
See more See Less

In Memory of Ronald Lynn Beesley