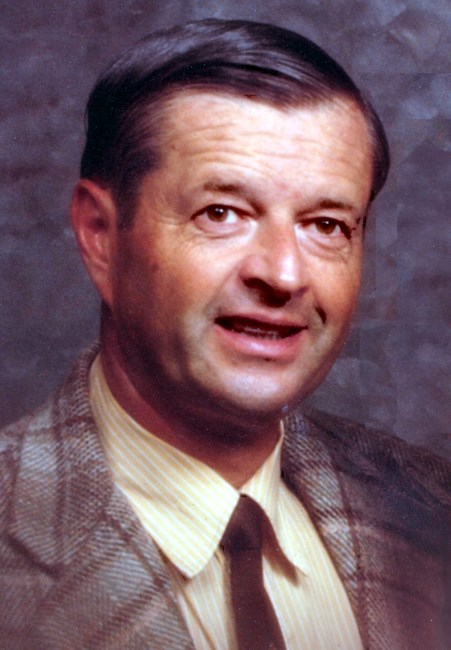 Thomas was born on April 12, 1931 to Leona and Edmund Hall Chaney in Portland, Oregon. He was one of eleven children.

After Thomas graduated from Roosevelt High School in 1949, he went on to study at Oregon State University where he earned his degree in electrical engineering. Thomas worked as a logger in the Oregon woods during the summers to help pay for his education.

After graduation from college, Thomas began his first job as an engineer for Johnson Controls in Portland, Oregon beginning an engineering career that would last for over 45 years.

In 1948 Thomas met Janet Nadine Hillier at a summer dance at Columbia Park in Portland, Oregon. Thomas and Janet dated for several years, married, and went on to have three children, Worth, Landra and Crystal.

Thomas was a gifted engineer who could fix anything that was broken be it electrical or mechanical. When Thomas was 23 years old, he devised an elaborate extension ladder/scaffold device in order to restore the chimney of the family three-story home in Portland, Oregon. This historic home is known today as the St. Johns Bridge Cathedral Park Bed and Breakfast overlooking a lift-span railroad bridge on the Willamette River.

Thomas was an amateur astronomer who loved gazing at the heavens with his telescope on clear nights. He enjoyed showing family, friends and neighbors the rings around Saturn, the great red spot of Jupiter, craters of our moon, and numerous other sightings in the sky. The family pets were always named after constellations or clouds; Leo, Canis, Pavo, Nimbus, Ursa Major, etc. as well the boat, Delphinus.

Thomas loved taking his family on long trips, often with the final destination of his mother’s house (Nana) in St. Johns, Portland. These trips included waterskiing and camping at places such as Lake Powell, Lake Ouachita, the White River, Canyon Lake, and a special visit to Virginia Beach. Thomas loved showing his family sights along the way such as the Grand Canyon, Petrified Forest, Rainbow Bridge, Arches National Park, Great Salt Lake Desert, Death Valley, Carlsbad Caverns and many other places too numerous to list.

He was preceded in death by his son Worth Thomas Chaney, son-in-law Alan Whitcomb Riley, grandson Worth Whitcomb Riley, his parents, and nine siblings. A visitation for Thomas will be held on December 11, 2021 at 11am at Sunset Funeral Home, 1701 Austin Highway, San Antonio, followed by a graveside service at noon, Sunset Memorial Park, 1701 Austin Highway, San Antonio, Texas 78218.

In Memory of Thomas Navarre Chaney