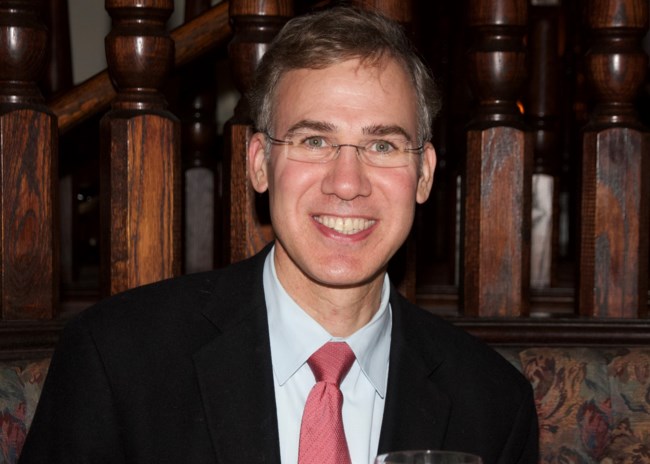 It is with immense sadness that we announce the peaceful passing of Dr. David Ross Sweeney at his home in Atlanta, Georgia on September 16th, 2021. He was surrounded by his immediate family, sister, and a family friend Melora Rennie, after a hospital stay associated with his recent diagnosis of pancreatic cancer. He was a gentle, warm, caring, and learned man with a deep devotion and love of family. He was a dedicated, friendly and talented optometrist, and a shrewd tactician and steely competitor in the sport of sailing at which he excelled. David will be remembered for his kind heart, generosity, dedication, determination, and the goofy, playful antics that made him such an amazing Dad. Dr. David Ross Sweeney was born in Boston, Massachusetts on May 25th, 1960, to his parents Denis Brendan and Betty Isabel. He was the eldest child and was shortly followed by brother, Brian, and sister, Elizabeth (Tyler). The family moved to Toronto, Canada in 1966 and resided in the Glenorchy neighborhood. David obtained a Bachelor of Science Degree from Queen’s University in Kingston Ontario in 1984 and went on to further is education by completing his Doctor of Optometry Degree from the New England College of Optometry in Boston in 1997. This is where he met Rachael Catherine Read, a fellow student who became the love of his life. Whilst completing their degree they were married on a wonderful snowy New Year’s Eve on December 31, 1997, in Halifax, Nova Scotia. The happy couple moved to Atlanta and began a professional partnership that culminated in the launching of an optometry practice called Vision Source Insight Eyecare in 2001. This practice allowed him to share his passion for his patients and providing the highest level of care surrounded by incredible staff. Here he focused on low vision patients, myopia management, and restoring vision through specialty contact lenses. Coming to Atlanta also marked the start of a precious family journey that welcomed Catherine Isabel in 1999, followed by Alexander Ross in 2001, Victoria Anne in 2006, and Elizabeth Marie in 2009 in the wonderful Chastain Park neighborhood. At the age of nine, David was introduced to sailing when the family purchased a summer cottage on Stoney Lake in Ontario and a lifelong passion began. Under the coaching of his father, the Stoney Lake Yacht Club, and in partnership with his brother, Brian, the Sweeney boys developed into a winning team, competing in the multi-hulled Tornado class. First, they completed on Stoney Lake, and later in regional and national regattas, before winning a place on the Canadian Olympic Team for the 1984 Los Angeles Games. David followed up to compete in the 1988 Seoul Olympics and the 1992 Barcelona Olympics. Sailing remained a constant in David’s life. His greatest joy was winning the CORK Regatta in Ontario and sharing his knowledge and expertise with his family and watching them compete. Over the past year, his time sailing on Lake Allatoona with the Atlanta Yacht Club brought him great happiness as he reconnected with the sport and saw his two youngest daughters blossom into sailors themselves. David Sweeney had a great love of family. As a devoted husband, David was generous, kind and supportive. The life partnership with Rachael was a true love story filled with support, laughter and surprises, and a regular gift of flowers… just because. She was his shining star. Over the years, David enjoyed being the family photographer while making new memories on various family vacations with his most recent highlights being seeing the Grand Canyon, the Great Pyramids of Giza and the Eiffel Tower. As a fantastic Dad, he was his children’s loudest cheerleader and staunchest supporter at whatever sport¬—on the sidelines snapping photos of their proudest moments. He is forever present in their lives and his commitment to fun, encouragement and competitiveness made him their true champion. David and Rachael joined Peachtree Presbyterian Church in 1999 when they moved to Atlanta and have remained active members of the congregation. It is here that David will be memorialized, and his life celebrated on Thursday September 23rd at 2:00 pm. Location: Peachtree Presbyterian Church Sanctuary, 3434 Roswell Rd NW, Atlanta, GA 30305. ( The service will be streamed at https://peachtreechurch.com/memorial ) Family and friends are invited to pay their respects and join in celebration of a good life cut short too soon with reception to follow at the Williams Center at Peachtree Presbyterian Church. The family welcomes condolences in the form of written letters and cards to be mailed to: Vision Source Insight Eyecare, c/o David Sweeney Memories, 5380 Roswell Rd NE, Atlanta, GA 30342 In Lieu of Flowers, the Sweeney Family are kindly suggesting donations to the Atlanta Yacht Club (AYC) or La’Amistad. AYC Junior Sailing is special to David because it aligns with his passion for sailing and in his legacy his family will remain members there. David volunteered for La’Amistad, a tutoring center located within Peachtree Church for low-income families, working to provide eye exams and glasses for their students. AYC: Please Send a check directly to: Atlanta Yacht Club c/o David Sweeney Memorial 7120 Yacht Club Dr. Acworth, GA 30102 La’Amistad: https://www.laamistadinc.org/Giving/
See more See Less

In Memory of David Ross Sweeney