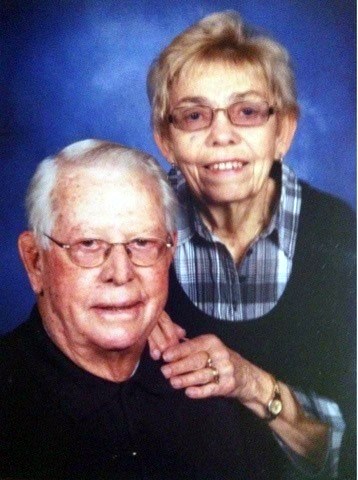 Lester R Wilder August 5, 1925 - November 12, 2020 Lester Wilder (Les to his many friends and Ike to a few of his close family, including the love of his life, Kathryn), 95, Lake Mary, Florida, formerly of Ottawa, Illinois, died Thursday, November 12, 2020. He was born August 5, 1925 to Charles and Mildred (Jones) Wilder of Wadena, Iowa. He married Kathryn Nicola on December 22nd, 1946. She proceeded him in death in 2016, on their 70th wedding anniversary. He was a World War II veteran serving in the U.S.Coast Guard in the Pacific Theater. After the war and after marrying his Kate, he attended and graduated from Iowa State University. Soon after he took a job with a small dairy in Dresser, Wisconsin. While there only a short time he made some life long friends and developed a strong attachment to the area. They then moved to Streator, Illinois, where he worked for many years with the Illinois Valley Dairy. Professionally, he and Kathryn are most remembered for owning and operating restaurants in Ottawa, Illinois for decades. They were successful because of their attention to quality and the way they treated their customers, of whom they had many regulars. Les loved to fish and camp. He established a tradition of an annual trip to Gordon, Wisconsin on the St Croix River that many members of his family continue today. He liked golf and cards, establishing many friendships along the way with those activities. He and Kathryn loved their little farm on the north side of Ottawa. He was a Master Gardener and their garden was legendary. But what he loved most was his family. He is survived by their three children, Linda (Bob) Friede, Steve (Mary) Wilder, and Diane Sack. Six grandchildren, Matt (Krisha) Friede, Brian (Amanda) Friede, Amy (Rustin) Durden, Brandon (Brooke) Wilder, Holly (Kreg) Woodbridge, and Miranda Wilder. He is also survived by his brother, Kenneth Wilder. Eleven great grandchildren round out this amazing husband, father, and grandfather’s patriarchal legacy. A memorial service will be held at 11:00 a.m. on Monday, November 16, 2020 at Baldwin- Fairchild Oaklawn Chapel at 5000 Co Rd 46A, Sanford, Florida, 32771. In lieu of flowers, memorial contributions can be made to Epworth Methodist Church in Ottawa, Illinois or Lakeside United Methodist Church, Sanford, Florida.
See more See Less

In Memory of Lester Ray Wilder