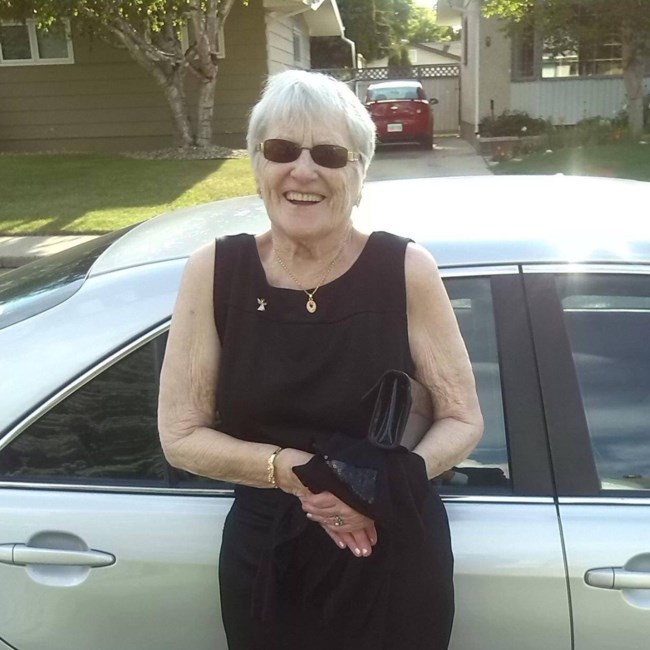 HAROLDSON, Dorothy The death of Mrs. Dorothy Elizabeth Haroldson (nee Whiteside), age 81, of Saskatoon, SK occurred on Monday, January 28, 2019 at Royal University Hospital. Dorothy is survived by her two daughters Anita (Rory) Ingram and Phyllis (Doug) Byers; two grandchildren Kayla Ingram and Chris Byers, all of Saskatoon; brother-in-law Dennis Kelk of Saskatoon; several nieces and nephews who were very close to Dorothy; nine great nieces, nephews and several cousins. She was predeceased by her husband Melvin (Mel) in 1986; father Edison in 1984; mother Jean in 1986; grandparents Robert and Lucy Whiteside and Robert and Elizabeth Alexander; sister Marilyn Kelk in 1995; as well as several other extended family members. Dorothy was born on July 14, 1937 and raised and educated at Birsay, SK. She took her grade 11 and 12 at L.C.B.I. in Outlook, SK. In 1957 she moved to Hawarden where she worked at the Red and White until 1960. She moved to Elbow to work from 1960-1961 and then moved back to Birsay to work at the Co-op until 1962. At that time she met and married Melvin (Mel) Haroldson on August 23, 1962 and they moved to Provost, AB until 1967. Since 1967 Dorothy has made her home in Saskatoon. She was employed at the Nutana Bakery from 1969 to 1971 and from 1972 to 1976 she worked as a Nurse’s Aide at Extendicare Nursing Home. From 1977 to 1980 she was employed at the Coachman Restaurant and for the next seven years she was with 7-11 stores. Dorothy has long been an active member of the community, serving as a volunteer with the Red Cross, the Saskatchewan Heart and Stroke Foundation and the Diabetes and Kidney Foundations. She was also active with the Sons of Norway (Golden Member), a member of The Eastern Star for 63 years (Saskatoon OES Chapter #4), a member of Saskatoon Centennial Lioness Club and UCW. Dorothy was a life time member of the United Church, belonging to Birsay United Church. She served on the Board and Presbytery of Meewasin Valley United Church, taught Sunday School and set up communion at St. Martin’s United Church, was also an usher, set up communion, as well as many other church related activities at Grace-Westminster United Church. Dorothy loved spending time with her family, friends and especially her grandchildren. In lieu of flowers, donations may be made to the donor’s choice in memory of Dorothy. The Memorial Service will be held at 1:00 p.m. on Monday, February 4, 2019 at Grace-Westminster United Church (505 10th St. E. – corner of East Lake & 10th St.) in Saskatoon. A Private Family Interment will follow at Hillcrest Memorial Gardens. Arrangements in care of David Schurr - Mourning Glory Funeral Services (306) 978-5200.
See more See Less

In Memory of Dorothy Haroldson