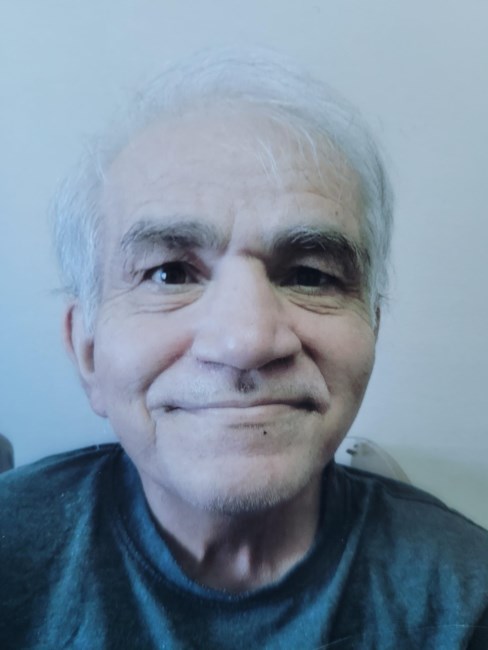 Mahmoud was born in Shiraz, Iran, on Sept 11, 1957. He finished his high school in Iran. After Islamic Revolution in 1979, he moved to Philippines, and from there immigrated to Canada. He was a devoted son, brother and uncle. He worked as cook, in Saskatoon for many years. He will be remembered for his gentle and kind hardheartedness that he showers upon anyone that crossed his path. Born and raise in a Baha'i family he offered many years of service to his community and the Baha’i Faith in Iran. His happiest memory of his life was when he finally was reunited with his beloved parents in 1991 in Canada. He took pride in being with them and taking care of them in the last few years of their lives. Although he was never married nor had children of his own, he loved his nieces and nephews and was very proud of them. Mahmoud passed away on May 9th in Saskatoon, SK at the age of 64 years. Mahmoud is lovingly remembered by his brothers Ahmad (Vivian) of Vancouver, WA, Masoud (Vida) of Saskatoon, and Mehran (Shauna) of Saskatoon, and his sister Mahnaz (Archie) of Swift Current, as well as numerous nieces and nephews and their children. Livestream will be available for those that cannot attend at https://youtu.be/VunP_T-eX4c
See more See Less

In Memory of Mahmoud Houshmand Sarvestani