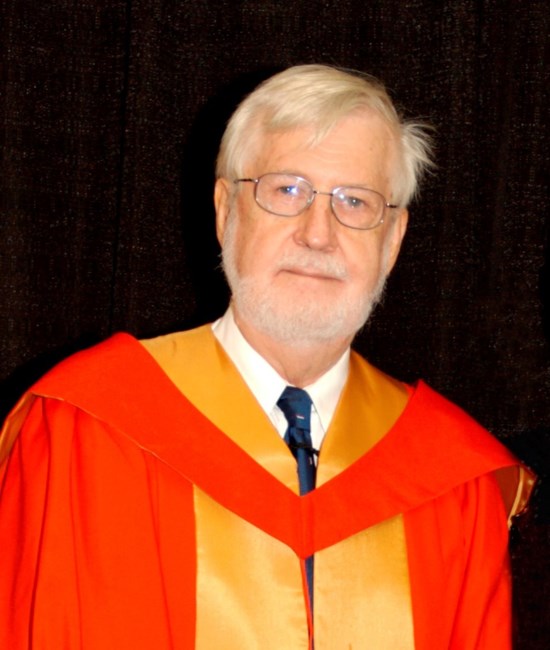 Dr. Nik Semenoff, M.S.M., D. Litt., died peacefully on the 7th of September 2022 at age 93 at City Hospital in Saskatoon while surrounded by family. Born in Arlee, SK in 1928, he moved to Saskatoon shortly after the death of his father. After graduation from Bedford Road Collegiate in 1947, he studied art, photography, and goldsmithing here and abroad. He was the first Art Director at CFQC Television in 1954. There he met his future wife Marygrace, and they married in 1962. While raising their family, he began independent consulting as an architectural and historical modelmaker, commercial photographer, and jeweller. Life with Nik was never dull for any member of the family who were conscripted for studio tasks: he honed a four-member staff of on-call darkroom assistants, models, and lithographic stone wetters. He created magical worlds for his children of train sets and doll houses, often occupied by marionettes, teddy bears and puppets. His work as a metalsmith was legendary as he was presented the DeBeer’s Award for goldsmithing and design. He would rarely mention the accolades he received for working with gold and precious gems as he would more often share the story of soldering coins to the floor outside his office and taking great delight in the response of passersby as they attempted to retrieve the change. He was an original member of the board of directors at the Mendel Art Gallery and Gallery 9 in Saskatoon before he was invited to join the faculty of the University of Saskatchewan (Extension Division). He retired as Professor Emeritus from the Department of Art and Art history in 1992 but continued to remain a popular lecturer on campus, teaching summer sessions for another decade as the University's Artist-in-Residence. While at the U of S, he invented several innovative processes for printmaking. In particular, his waterless lithography process, high-resolution screen printing, and specialized inks and tools made major international contributions to his discipline. The techniques and materials he developed made printmaking not only safer but more environmentally responsible and less expensive. Published in the prestigious refereed journal Leonardo, he was acknowledged as the true father of waterless lithography, a consummate problem solver, and inventor for the betterment of artists worldwide. As an internationally acclaimed artist and innovator, he was the first non-citizen recipient of arts funding in Japan, presenting three shows of his work there in 2004 and his artwork was further displayed in curated shows worldwide. Arrangements entrusted to Aime Laventure. Nik was presented with several honours for his achievements. A Lifetime Award for Excellence in the Arts from the Saskatchewan Arts Board (1999), an Honorary Doctor of Letters from the University of Saskatchewan (2006) and most recently in 2022, a Meritorious Service Medal (Civil Division) created by Her Majesty Queen Elizabeth II, recognized for his innovation of a new scope for expressing creative vision. He is survived by a family who will mourn his loss, who have gratitude for the time we spent with him, and who will eternally cherish his memory. Nik was a truly humble man who would not wish to be remembered with platitudes such as “genius” and “Renaissance man” and yet these are the words so many will use to describe him. Indeed, his final wishes that there be no funeral and his suggestion that this obituary simply state “Nik Semenoff, he died” speaks to his humility after a lifetime of great achievements. For his family who remain his original students, it is the loss of a lifelong mentor that ripples forward - and the instruction, at the very least, to use the skills he gave us properly and always clean our brushes and put tools back where we found them. He leaves behind his wife of six decades, his three children Jan (Susan), Sasha (Ben), and Rob as well as four grandchildren (Evan, Alex, Ben and Sidney) who are left with not only fond memories but beautiful images and treasures to share with future generations.
See more See Less