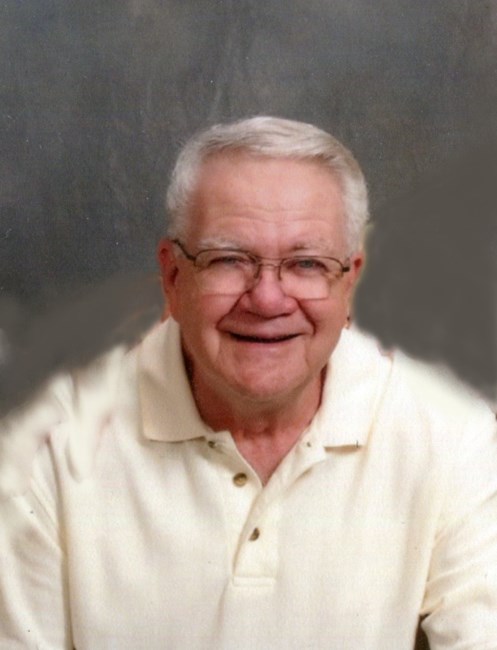 Gerald “Curly” Joseph Behnke, 85, of Scottsbluff, Nebraska, passed away on November 11, 2022 at Heritage Estates. A memorial service will be held on Saturday, November 19th, 2022, at 11 a.m. at Monument Bible Church in Scottsbluff. Interment will be held at a later date. Online condolences for the family may be left at www.dugankramer.com Curly was born on June 3, 1937, in McCook, Nebraska, to Clarence Robert and Sarah Louise (Teel) Behnke, the youngest of five children. He graduated high school in 1955 in Lawrence, Kansas, where he met the love of his life, Carolyn Ann Goff. They married in November of 1955 and moved to Colorado. To this union two children were born, Steve and Lynne. The family relocated to Scottsbluff, Nebraska, where they owned and operated "The Woodshed" restaurant for 35 plus years before retiring after the death of his beloved wife. During this time, they had the pleasure to meet and serve many members of this community and build deep and lasting relationships with those individuals. Many still debate today what the best item on the menu was: Ruben, French Dip, or many others. One week a year Curly and Ann would close “The Woodshed” and take an adventure with one another. He can be best remembered for his smile and witty humor. Curly enjoyed refurbishing old tractors and creating many beautiful items in his workshop out of wood. He was very proud of the accomplishment of his children and grandchildren. Curly was preceded in death by his wife, Ann, and children Steve Behnke and Lynne Lehl. He leaves behind his daughter-in-law Pamela Behnke of Florida and son-in-law Mick Lehl of Gering, NE. He also leaves behind his grandchildren Jeremy (Cassie) Behnke of Scottsbluff, NE; Jessica (Bryson) Helm of Seabrook, NH; Nicole Curran and fiancé Morgan Johnson of Torrington, WY; Nick (Tina) Curran of Land-O-Lakes, FL; Megan (Chris) Boggs of New Zealand; and Michael Lehl of Denver, CO. He is also survived by 9 adorable great grandchildren. In lieu of flowers, memorials may be given to the Scottsbluff Public Schools Foundation to establish a culinary arts scholarship in Curly’s name.
See more See Less