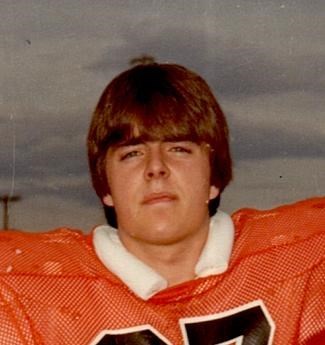 John (Todd) Gilliland passed away unexpectedly on November 16, 2022, of an unknown cause. Todd was born to Terry and Sonya Gilliland in Kearney, Nebraska, on May 6, 1964. In his early years, Todd was a phenomenal athlete known across the state for his size, speed, and fierce competitiveness. He was also known as a gentle giant, showing kindness and compassion to those struggling or down on their luck. He was known to protect those who were treated poorly by others. All who knew Todd knew he loved the Oklahoma Sooners football team and reveled in watching The Big 12 match-up every year and was excited when there was a Big10 vs. Big 12 crossover game this year. He was even more excited that the Sooners were victorious. Equal to his love of the Sooners was his love of classic music from the 60s, 70s, and 80s. He could quote every lyric and identify every tune! No one could out "Name That Tune" with Todd! Todd was one of the best athletes of his time – and beyond. He was a standout athlete in football, basketball, and track at Auburn and Mitchell High Schools. Todd was such an amazing football player he was chosen to play in the Nebraska Shrine Bowl annual game and had many scholarship offers to play at the collegiate level. But, as great of a football player as he was, he was probably best known for the many accolades he received as a track athlete. Todd's senior year was a banner year as he was the Class B state champion in the 100- and 200-meter dashes and anchored the 4 x 100-meter relay. You can still see Todd's name on meet record lists across the state, and he held the state Class B record for over thirty years. In his late teens, Todd began a decades-long battle with Schizophrenia. Despite the devastating disease's impact on his life, he remained loyal and engaged with his family. Todd loved his family and was a kind soul with a generous spirit. He followed all significant events in the lives of his nieces and nephews, including athletics, activities, marriages, careers, and the birth of his great-nephews. Todd's brave fight with this devastating disease influenced many family members' career choices and advocacy. The family hopes to raise awareness of the impact mental illness has on individuals and families and the importance of advocating for services to support those suffering from the effects of mental illness. Todd is survived by his loving and devoted mother, Sonya (Vasquez) Gilliland, a brother Troy (Michelle) Gilliland of Fairview Park, OH, two sisters, Traci Gilliland of Scottsbluff and Tanya (Mitch) Carter of Castle Pines, CO, nieces and nephews Max, Zane, and Cecilia Gilliland of Fairview Park, OH, Hannah Gilliland of Lincoln, NE, Drew Gilliland of the United States Army, Drake Gilliland of Scottsbluff, NE, Lauren (Ben) Hahn, Paige (Adam) Frye, and Reid Carter of Colorado, four great-nephews, and numerous loving aunts and cousins. Todd is preceded in death by his father, Terry Gilliland, his grandmothers, Ruby Vasquez and Elizabeth Gilliland, and grandfathers, John Vasquez and JR Gilliland. A Celebration of Life service will be held at a later date. In lieu of flowers, the family asks that donations be made in honor of Todd to the National Alliance on Mental Illness (NAML). Fond memories and condolences may be left at www.dugankramer.com for the Gilliland family. Dugan Kramer Funeral Chapel is assisting the family with arrangements.
See more See Less

In Memory of John Todd Gilliland