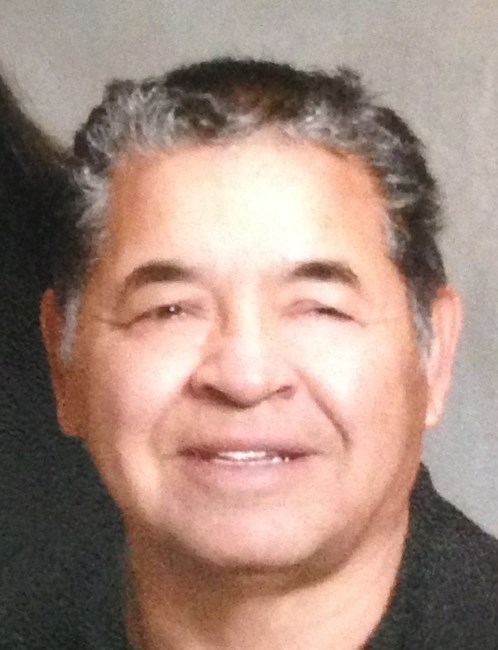 Raymond P. Piña 77 of Scottsbluff, NE passed away October 27, 2022, surrounded by his family. Ray fought a long hard battle with diabetes and heart issues. Visitation is scheduled, November 4 from 5-7pm followed by a rosary at 7 pm., at Dugan Kramer Funeral Home. A Mass of Christian burial will be held 10:00 am, November 5 at Our Lady of Guadalupe Catholic Church with Fr. Joseph Thambi officiating. Burial will follow at the Mitchell City Cemetery with Military Honors. Fond memories and condolences may be left at www.dugankramer.com. Raymond was born January 30, 1945, in Gatesville, TX to Lino and Maria (Hernandez) Piña. At an early age he moved to Mitchell, NE. He received his early education in Mitchell and graduated from Mitchell High School in 1964. He excelled in football and track & field earning a sports scholarship to Chadron State College. He obtained his Associates degree from WNCC. He was drafted into the United States Army in 1965 and was stationed in Korea until his discharged in 1967. He enlisted in the Army National Guard in 1977 and retired in 1996. He worked at Magnolia homes and the Lockwood Corporation, before becoming the office manager of the Department of Labor Unemployment office retiring after 26 years. Raymond loved sports and enjoyed watching football and baseball. He loved to be outside working in the yard, planting flowers and gardening. The family would say that he would sit outside waiting for a weed to sprout so he could dig it up. He also had a love for crafting and woodwork. He displayed and sold many of his creations at local craft fairs. Raymond married Helen Cervantes 1970 until 1983 and they were blessed with three children. Raymond is survived by, Helen Piña, Son, Vincent (Mandolae) Piña, grandchildren, Taylie, Royce & Ricki, Daughter Julie (Oscar) Lopez, grandson, Oscar Lino, and Stepson, Carlos (Amelia) Maldonado, grandchildren, Olivia, Omar, & Emma. Brothers Felix (Amelia) Piña of Redding, CA and Cipriano (Irene) Piña or Union City, CA. Sister: Tommie (John) Zamora of Boise, ID,; brother-i-law Victor Hernandez; sister-in-law Sarah Pina and special friend Rita Sabala. He is preceded in death by his parents, infant daughter Regina, Brothers: Louie, Julius, Henry, Lusiano, Sisters: Janie, Elise, and Alice.
See more See Less

In Memory of Raymond P Pina