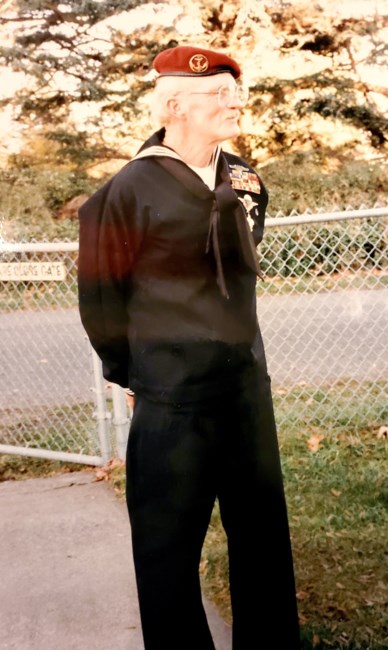 Thomas Joseph Kelly, Jr., lost his long and courageous fight with COPD on May 6th, 2022. In Lecanto, FL., with his loving family and fellow military veterans by his side. Thomas was born February 27th, 1937 in Jefferson City, Missouri, to Dr. Thomas J. Kelly Sr. and Thelma Burris Kelly. He was the grandson of William Burris and Ethel Rodocker Burris of Indiana and Thomas Kelly and Catherine Joseph Bailey Kelly of St. John’s Newfoundland, all of whom preceded him in death as well as his only sibling, Barbara Burris Jakes. He is survived by his loving and devoted wife: Nancy Elam-Kelly with whom he shared caring for and parenting four (4) grown children: Lee Miller, deceased, Angela, Julie, Diane, and Rebekah, 10 grandchildren, and 12 great grandchildren. Thomas served his country for over 20 years in the Navy; earning his Dolphins as a Submariner, his Jump Wings from his training with the French Foreign Legion, then running PBR Boats on the Mekong River before retiring from active duty in 1974. After retiring from the United States Navy, he did Commercial fishing in Alaska, built houses, and developed his own contracting business on Whidbey Island in the state of Washington. He was also a Lifetime member of the VFW. He and wife Nancy, spent several years traveling from their home in Arizona where Tom served as an Arizona Ranger, to their fishing place in the MO Ozarks at Lake Pomme De Terre; enjoying volunteer work with the Hickory County, MO Historical Society before retiring to live in Hernando County, FL the last 10 years. Tom was a devout and loyal husband, father, and friend; always ready to lend a helping hand or put a smile on someone’s face with his Irish sense of humor and endless stories of his fascinating life experiences. All creatures, great and small, were drawn to the St. Francis energy ever present to him.
See more See Less