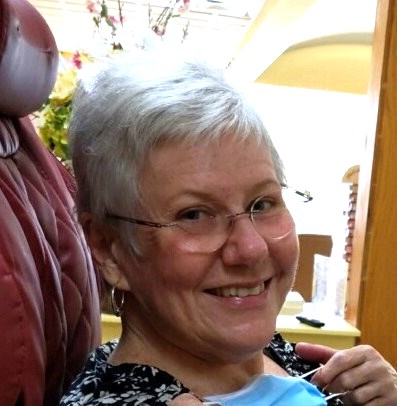 Amy Keady, of Springfield, Virginia, passed away on August 2, 2022. She was born on August 8, 1957 to the late Jack and Neva Fitzgerald. Amy was the beloved wife of Martin Keady, devoted mother of Shane Keady and loving sister of Mimi (Mike) Henry and Susie Fitzgerald. She was loved by her many nieces and nephews; Sarah (Mark) Bell, Jay (Sarah) Henry, Jess Henry, Brett (Kristin) Albers, Lauren Albers, Michelle Keady, and Megan Keady. Amy was a great aunt to Bernadette Albers, Amelia Albers and Jackson Henry. Amy grew up in the DC area, specifically North Springfield, Virginia and went to St. Michael’s Catholic School through eighth grade, Annandale High School and George Mason University. Amy met Martin Keady through friends and they married in 1986. They were so excited when Shane was born in 1988. Amy was always a giving person. She worked a full-time job and then would volunteer on the altar guild at St. Michael’s Catholic Church. Amy was very active in the Catholic Church that she grew up in. She brought so much joy to her parents who lived a few streets down from the Keadys. She would bring Shane over to their house almost on a daily basis which delighted them. Then as they grew older she would check on them daily to see to their needs. Every Saturday for fourteen years after her Dad passed away Amy, her sister, Mimi and her niece, Sarah Bell would get together with Mom Fitzgerald and have lunch. Her nieces and nephews loved her; she was the “fun” aunt, always bringing smiles to their faces. She would have the best gifts for celebrations as she was always thoughtful. She cared immensely for the special people in her life. Amy enjoyed working and put her all into every job. Her last job at the VRE was challenging and fulfilling and she made many dear friends there. Martin, Amy and Shane lived in their house in North Springfield for many years and developed quite a few friendships with their neighbors. One neighbor says that Amy brought so much happiness and love to everyone that knew her. And that truly sums up who Amy Keady was. She will be missed by so many people who loved her.
See more See Less

In Memory of Amy KEADY