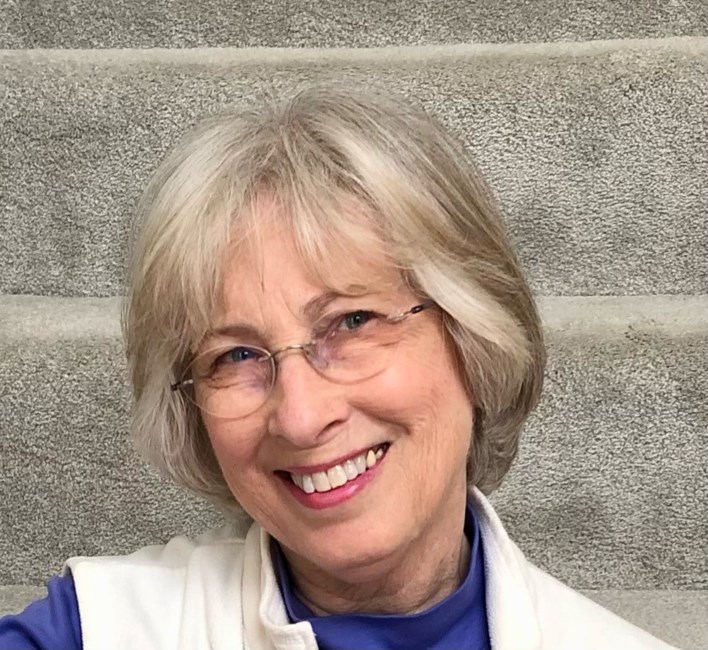 Pamela Hughes Cooper-Smuzynski died December 26, 2021 of complications from ovarian cancer. She died at her home in Fairfax Station, VA, at age 77. Pam was born in Clinton, SC, to Ruth and Ray Hughes, on July 9, 1944, a month after her father fought at Normandy. As a child, she found joy in reading, meticulously dressing her dolls, and when necessary, defending her younger brother Vince from projectile banana peels. Raised a child of war, she lived a life of smiling but fastidious kindness. She graduated from Waggener High School in Louisville, KY in 1962, and graduated from Winthrop College in 1966, the same year she married Wiley Barrow Cooper. She earned a Master of Library Science degree from the University of South Carolina in 1982. She and Wiley divorced in 1987, and she married Alvin Smuzynski on June 9, 1990, a marriage that lasted until her death. Pam delighted in being with children and introducing them to literature and ideas. An elementary school teacher in Georgia and South Carolina, she was the founding librarian at Sangster Elementary School in Springfield, Va. In retirement, Pam was an active and dedicated member of the Martha Washington Chapter of the Smocking Arts Guild of America, a volunteer with the Literacy Council of Northern Virginia, and an enthusiastic student at the Osher Lifetime Learning Institute at George Mason University. She will be deeply missed by all who were fortunate to know her and benefit from her unconditional love, including her husband, Alvin Smuzynski, of Fairfax Station, Va., and her sons Chris (Jessie Swigger) Cooper of Sylva, NC, and Peter (Charlotte) Cooper of Nashville, TN. She deeply loved and took great pride in her grandchildren, Jack and Madeline Cooper and Baker Cooper, her step-sons Aaron and Damon (Melissa) Smuzynski and their children Aris, Ella, and Avery Smuzynski, her nephew, Vincent (Leyda) Hughes, niece Amanda Hughes (Joel Tse) and their children Oscar, Sadie, and Sonia. Her brother, Vince and his wife Sally were sources of great annoyance and greater joy. She loved all of you (really), and wishes that you would check your spelling and sources (really). In lieu of flowers, please consider sending a donation to one of her favorite charities, or to one of yours. Hers include the Literacy Council of Northern Virginia, Falls Church, Virginia and the Ecumenical Community Helping Others (ECHO), Springfield, Virginia. Arrangements for a private celebration of life are in the planning stages.
See more See Less

In Memory of Pamela Hughes COOPER-SMUZYNSKI