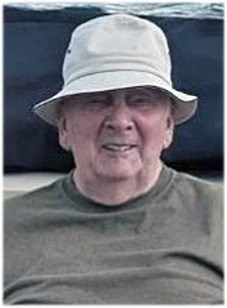 John "Jack" Edward Sloan, age 90, of St. Clair Shores, Michigan passed away on Wednesday, November 23, 2022. He was born on August 14, 1932, to his parents, William and Angela Sloan. Jack was a US Army Veteran and served during the Korean War. Following his service Jack married the love of his life Marilyn Nee Sloan on January 30, 1960 and together they raised their five children; Jeffrey (Michelle) Sloan, Todd Sloan, Paul James Sloan, Diana Sloan and Kathleen McConnell. While raising his children and working full time Jack returned to college obtaining a bachelor’s degree in business administration from Wayne State University, then furthered his degree at the Detroit College of Law obtaining his Juris Doctor. Even during his studies he always found time to take his children on travel adventures. It was very important to him to make sure his children experienced the natural beauty that all the states had to offer and there were many summers spent traveling from state to state so his children could have those experiences. Over the years their family grew and he became a grandfather to; Chelsea (Devin) Farthing, Reynold (Abigail) Semmler, Emily, Ethan, Adam, Ewan and Kylie. Then a great-grandfather to; Kayley Semmler and Rennie Semmler. As the years went on Jack’s interests grew and he became a private licensed pilot. In his down time he loved to go boating, his hobbies for cars, and his dogs. During the winter months he and his wife would enjoy the warm and sunny weather at their Arizona home. Jack will be missed by many family and friends. Visitation will be held on Thursday December 15, 2022, from 3:00 pm – 8:00 pm, with a Rosary at 7:00 pm, at Kaul Funeral Home 28433 Jefferson Ave., St. Clair Shores, Michigan 48081. Jack will lie in-state at 10:00 am on Friday December 16, 2022, until time of mass at 10:30 am at, St. Isaac Jogues 21100 Madison Street, St. Clair Shores, Michigan 48081. Followed by military honors. Interment will take place at Great Lakes National Cemetery. In lieu of flowers donations can be made to The American Parkinson Disease Association (www.apdaparkinson.org) and the Michael J. Fox Foundation for Parkinson’s Research (www.michaeljfox.org).
See more See Less