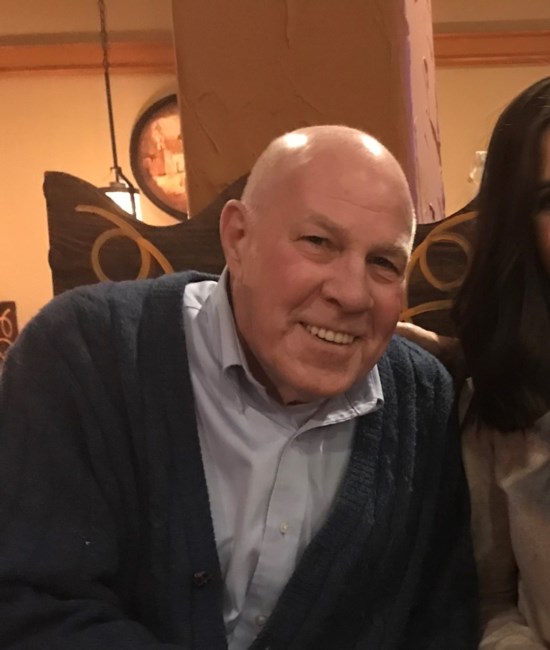 “Fine Specimen of a Human Being” John William Bell, age 73, passed away on Tuesday, August 9, 2022. John led a life filled with love, laughter, golf, and way too many mispronunciations of the word “wash” (warsh). After proudly serving 22 years aboard ships and 4 countries for the U.S. Navy and retiring as a Lieutenant Commander in 1989, he continued his career as an engineer in the civilian world. His motto, “we can engineer anything”, played out in every aspect of his life; whether it was aboard ship, building power plants, handling Catherine’s “Know What I Was Thinking?” list, scouring the world for Tickle-Me-Elmo, or navigating the American Girl store. He proudly served the Boy Scouts of America and the Knights of Columbus. John was born to Marion and Mildred Bell on July 11, 1949 in Davenport, Iowa. He is survived by his greatest joys (and headaches) – “his girls”: wife Catherine; daughter Tesa; granddaughters Tara and Bryanna; great-granddaughter Emilia; and was excitedly anticipating the expansion of his circle of women with the upcoming birth of another great-granddaughter in the Fall. He is also survived by siblings Marion Cooper, Katharine (Daryl) Trackwell, Peggy (Dale) Wilson, Donald Bell, Janice (Garry) Neels; sister-in-law Janel Bell; numerous nieces and nephews; and too many friends, neighbors and acquaintances who couldn’t resist his charming jokes and baby blues to count. He is preceded in death by his son, Bryan; parents (aforementioned); brothers, David and Jerry; and Wee Fat Mother-in-Law, Margaret. A visitation will be held from 6:00pm to 8:00pm on Thursday, August 11th at Mullins & Thompson Funeral Home, 186 Shelton Shop Road, Stafford VA. A funeral mass will be celebrated at 11:30am on Friday, August 12th at St. William of York Catholic Church, 3130 Richmond Highway, Stafford, VA. A private interment will take place at a later date at Arlington National Cemetery. In lieu of flowers, please make a donation to St. Jude’s Children’s Research Hospital.
See more See Less

In Memory of John William Bell