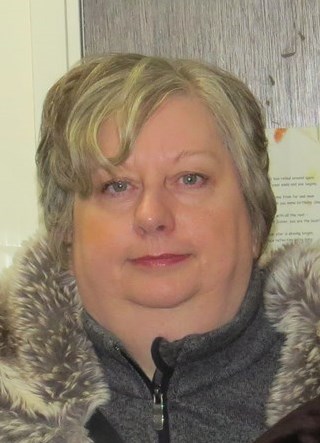 Dawn Marie Lomas 1960 - 2022 It is with great sadness that the family of Dawn Lomas of Parkland County announce her passing on September 30, 2022. On June 7, 1960 Dawn was born in Portage la Prairie, Manitoba to her parents Gladys Peterson (nee Henson) and Edward James “Jim” Peterson who at the time was in the Air Force. Dawn moved around the country as Jim went to various postings, Comox, BC, Whitehorse, YT and Orleans, ON. Upon leaving the Forces, the family moved to Edmonton, AB. They lived on St. Albert Trail and then in St. Albert. As a youth, Dawn was active in sports including recreational baseball and volleyball as well as competitive swimming During her high school years, Dawn worked for Polyrama Plastics and the Bonaventure Hotel Restaurant. In 1978 Dawn graduated from Ross Sheppard High School. Following High School Dawn earned certificates from NAIT for Micrographics and Medical Terminology. Dawn then began her career working for the Alberta Government at Alberta Health. She started in Micrographics before moving to Claims. While in Claims, Dawn worked her way up from the front-line position of "Assessor" to become the Supervisor of Practitioner Liaison. In 1992, Dawn left work to be a mother to our son Matthew (October 21, 1992) Dawn returned to the workforce and held various office positions including Office Manager at Drayden Insurance (Stony Plain office) Dawn returned to work with the Government of Alberta and worked for Alberta Transportation in their Stony Plain location. She then moved to Alberta Education in Edmonton where she was a Finance Officer until her death. Dawn was active in the community: she helped the Stony Plain Rural Crime watch, Duffield Hall, Smithfield Hall, and Wabamun Youth Bowling (and several others). She assisted the school on trips to Spokane, WA for the Bloomsday run. Dawn was also active in the Alberta Union of Provincial Employees (AUPE) and held numerous offices (Chapter Chair, Local Council Representative, Representative on two Area Councils ("Edmonton" and "Stony Plain / Spruce Grove", and was a Convention Delegate several times) Dawn enjoyed crafting (knitting, crocheting, tatting, quilting, sewing, and baking). She was in the process of learning how to use a Cricut at the time of her passing. Dawn also enjoyed taking road trips. Warm winter getaways to Mesa, AZ and Yuma, AZ to visit our parents were frequent destinations. These trips also included side trips to Disneyland, Sea World (San Diego), and Las Vegas. In her spare time, Dawn was an avid reader. Her favorites included good Science Fiction, trashy Romance, and stories of the Supernatural. Writers like Terry Pratchett, Issac Asimov, Kelly Armstrong, Sue Grafton, Janet Evanovich, J. D. Robb, Charlaine Harris, and many more were amongst her favourites. Dawn also like British Televsion shows such as Midsomer Murders, Wooster and Jeeves, Campion, The Avengers, and The Prisoner. Dawn is predeceased by her parents, an infant brother (Andrew), and her younger sister Terri. She is also predeceased by her previous husband Ron. Dawn is survived by her husband Richard Herbert “John” Lomas whom she married in Las Vegas on April 11th, 1990 and her son Matthew Edward Richard Lomas. She is also survived by her nephew David James whom she thought of as her son. David has a wife Karyn, son Jude, and daughter Indi. John and the family would like to extend a huge “Thank You” to many who cared for Dawn. The health care staff, nurses, health care aides, the MAID staff, Parkland Funeral Services along with numerous family members and friends. A Celebration of life to honor Dawn will be held in Edmonton on July 2, 2023. Place of Celebration will be decided on at a later date. In memory of Dawn the family asks that you kindly make a donation to a charity of one’s choice. Dawn will be forever loved and missed by many.
See more See Less

In Memory of Dawn Marie Lomas