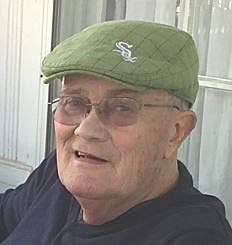 Donald J McBride, age 86, of Sun City, Arizona passed away peacefully in his home on Saturday, August 6, 2022. Born June 20, 1936, in Chicago, Illinois, Donald, and the love of his life Rosie, raised their four children in River Forest, Illinois. Donald made his career as a financial manager in the medical field. Donald was an avid lifelong White Sox fan who never missed his son’s baseball games and coached his three daughters to a softball Championship. In 1997 Don and Rosie relocated to Sun City, Arizona to enjoy their retirement. Don treasured spending time with his wife, children, and grandchildren. During their 60 years of marriage, Don and Rosie were able to travel to Europe, Africa, South America and throughout the United States to catch a White Sox game in another city. Donald is survived by his loving wife, Rosie; his sister, Margaret McBride; his children James (Michelle) McBride, Joanne McBride, Elisabeth (Andy) Gagliardo, Kristina (Josh) Martin and 10 grandchildren, Shane (Prachi), Chianne, Nicole, Renee, Anna, London, Beau, Lola, Giuliana and Joseph. A visitation for Donald will be held Wednesday, August 10, 2022 from 10:00 AM to 11:00 AM at Sunland Memorial Mortuary 15826 North Del Webb Blvd, Sun City, AZ 85351. His funeral service will occur 11:00 AM to 12:00 PM. In the Lakeside Chapel. Followed by his committal service at 12:00 PM at Sunland Memorial Cemetery Lakeside Estates. Fond memories and expressions of sympathy may be shared at www.sunlandmemorial.com for the McBride family.
See more See Less

In Memory of Donald Joseph McBride