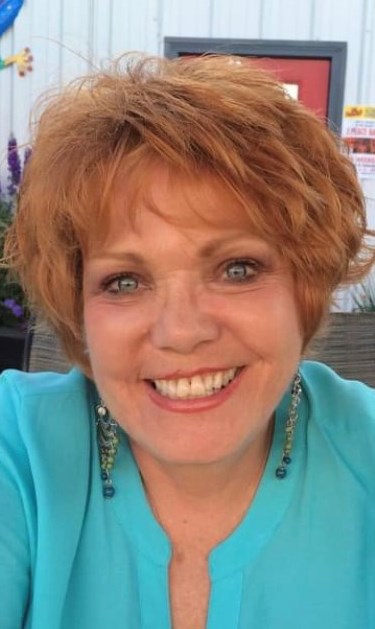 Nancy Joanne Lee, age 70, of Sun City, Arizona and Craig, Colorado passed away on Sunday, October 30, 2022. I’m “Kind of a Big Deal”. No truer words were spoken when Nancy Joanne (Quale) Lee came into this world. She was born March 15, 1952 in Watford City, ND to Sig (Dexter) and Earl Quale. She grew up in Watford City and met the love of her life Denny Lee while waiting on him at the Tastee Freeze. Rumor has it he would come often for a coke and leave a tip bigger than the price of the soda. They were married October 6, 1969 and recently celebrated their 53rd anniversary. Nancy attended beauty school with her dear friend Ruth Ann Greenwood in Grand Junction, CO and they became partners in business. They owned Tranzformations beauty salon and later the name became Changes. Most of their married life was spent in Craig CO until becoming snowbirds and splitting their time between Craig and Sun City, AZ. Nancy was the life of the party and she loved that role. Las Vegas was her favorite place to be and she would meet friends Jackie and Kim there a couple of times a year. She liked camping and visiting. She met so many great friends at Paradise Park in Sun City and she will be dearly missed by everyone. Nancy is survived by her husband Denny, grandson Trenton, daughter Tammy, her brothers Ron (Barb), Glenn (Karla), Randy (Anita) all of Watford City, ND, Jeff (Laura) of Craig, CO, a sister Gayle (Mick) Homiston of Dickinson, ND and sister-in-law Marge of Glenwood City, WI. Also surviving are Denny’s brothers - Bobby (Nina), and Jim (Lola) as well as numerous nieces, nephews and cousins and many, many friends. She was preceded in death by her parents, her brother Lee (Leon), Denny’s family - his parents, his brother Ken and sisters Jean and Tamara. Fond memories and expressions of sympathy may be shared at www.surprisefuneralcare.com for the Lee family.
See more See Less

In Memory of Nancy Joanne Lee