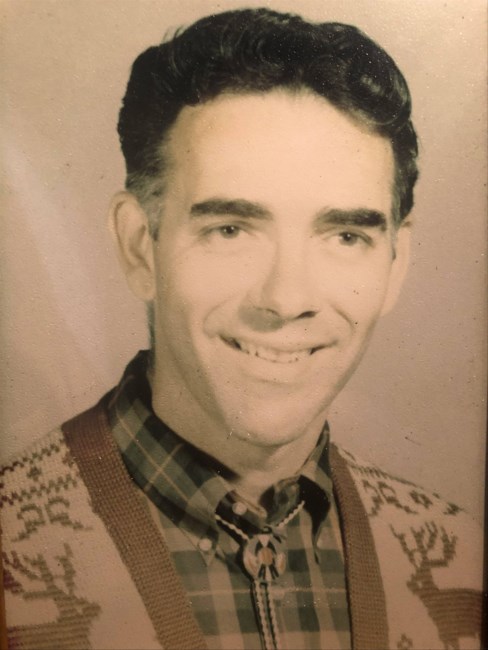 Richard “RJ” John Sanderson 1930 – 2020 Richard John Sanderson, 90, passed away on November 16, 2020 in Surprise, Arizona due to natural causes. RJ was born on August 9, 1930 in Oneida, New York to Clarence Henry and Vera Beard Sanderson. A true American patriot, he served his country when he was a young man beginning in 1948 when he joined the New York National Guard and then volunteered from 1952 thru 1956 during the Korean conflict in the United States Air Force. RJ was a graduate of Oneida Castle Grade School, Oneida High School and Arizona State University. The educator, Mr. Sanderson, dedicated his entire career to the students at Liberty Elementary School located west of Buckeye, Arizona. He began his career teaching 4th grade and physical education and then later taught many students in his 7th grade classroom at the top of the stairs in the historical Liberty School building. RJ enjoyed the hobbies of vintage car collecting and painting. He loved a conversation that involved him providing descriptive accounts of his childhood and took utmost care to pass on his family genealogy to his children and grandchildren. He married Rachel Hernandez in December 1954 in Glendale, Arizona. RJ is survived by his wife Rachel of 66 years, children; Patti (Aubrey) Young, Bekah (John) Ezell, and John (Kimberly) Sanderson along with 10 grandchildren and 3 great-grandchildren. His younger sister, Jeanette Olson and lifelong friend Sam Peak also survive him. He was preceded in death by his parents, Clarence and Vera, and dearly loved aunts and uncles of Oneida Castle, New York. The family would like to give a special thanks to his caregiver, Lilly at “All Care Assisted Living Home”. Memorial contributions may be made to Cochran Memorial Presbyterian Church, 11 State Street, Oneida, New York, 13421. A graveside service will take place at a later date for friends and family. Philippians 4:6: “Don’t worry about anything; instead pray about everything. Tell God what you need and thank Him for all He has done”. To sign the guestbook online, to share memories, and send condolences and well-wishes to the family, please visit, www.surprisefuneralcare.com.
See more See Less

In Memory of Richard John Sanderson