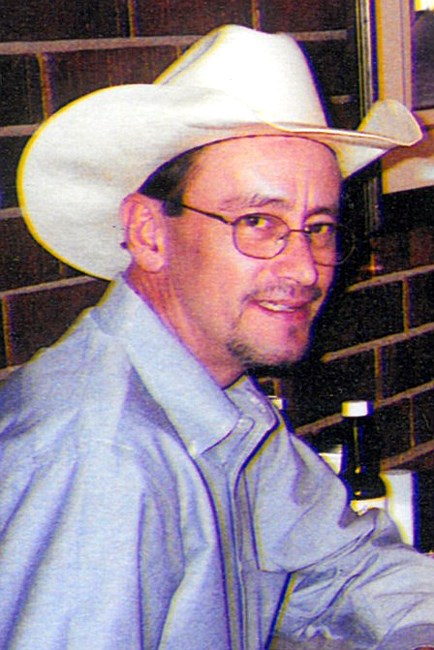 Bobby Dean Ferguson, or Slim to his many friends, was born on August 27th , 1956 in Tulsa, OK, the son of Bob L. and Seletha (Gourd) Ferguson. He grew up with his sister Kathy and attended school in Broken Arrow. After graduating, he became an ironworker, and was a proud member of Ironworkers Union Local 584. In his younger years, he tried his hand at bull riding and bull fighting. It was then that he discovered his lifelong calling of being a rodeo funny man! Whether it was helping to photograph the infamous rodeo fan, “Gerty Bosom” working his magic with his shrinking machine or revving up his old bucking car. Slim was guaranteed to keep the crowd laughing. In or out of the arena, wherever Slim went, laughter followed. Until his final day, he teased and joked with his family. Due to his lanky and tall stature, his friends at the Ironworkers union dubbed him “Stovepipe”. He was a tall man that had a reputation for weaving some equally tall tales. Slim enjoyed traveling to rodeos all across the country but the hometown crowd at the Indian Finals Rodeo was always one of his favorites and he proudly wore those buckles daily. He was the ACRA Contract Act of the Year for several years. Slim was very proud of his Cherokee Heritage, and spoke conversational Cherokee. His old guitar kept him “picking and grinning”, writing and recording his own music. He never met a stranger and rarely forgot a name. He loved and adored his family and was so very proud of his daughter, Jyme and his granddaughter Jadyn “Gistun” (Mud-duck) was the apple of his eye. A Christian by faith, the Lord called this hard working cowboy home for his last roundup on May 19th, 2022 in Tahlequah, OK. He was 65 years old and will never be forgotten. He is preceded in death by his grandparents and his dad, Bob L. Ferguson. Those left to cherish his memory include his daughter, Jyme Vaughn and husband Aaron of Tahlequah and their daughter, Jadyn Lowe also of Tahlequah. He leaves his beloved mother, Seletha Ferguson of Tahlequah and his sister, Kathy Upton of Broken Arrow, OK, niece, Jacky Dawn Winters of Long Beach, CA and nephew, Cody Shepherd of Porter, OK. He also leaves many co-workers, and friends and loved ones whose lives have been made better because of the love and laughter that Slim always provided. Funeral services for Bobby Dean “Slim” Ferguson will be held on Wednesday, May 25th, 2022, at 1:00pm at the Exciting Southeast Baptist Church with Pastor Rob Pierce officiating and Jerry Henson and Ed Haworth assisting. He will be laid to rest at Parris Cemetery near Gideon Township. Pallbearers for Slim include Kenny Harris, John Powell, Freddy Shade, Mike Shade, Mitchell Smith, and Art Hall. His honorary pallbearers include Ed Haworth, Jerry Henson, Kenny Bradley, Grover Williams, Calvin “Cornbread” Whitekiller, Wayne Barnes, Johnny Goss, Ricky Ferguson, and Kato Malotte. His family will receive guests at his visitation on Tuesday, May 24th, 2022 beginning at 4:00pm until 6:00pm at Reed-Culver Chapel. Online condolences for his family may be left at www.reedculver.com.
See more See Less

In Memory of Bobby "Slim" Ferguson