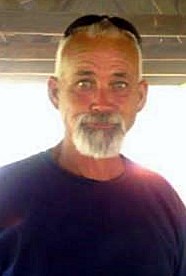 Marty Charles was born on January 29th, 1957, in Kingfisher, OK. He grew up with two brothers and two sisters, Travis, Marlon, Lisa and Stacie. He graduated from Tahlequah High School and then decided on a career working for Ozark Nursery and later, with Cherokee Nation, working as a grounds keeper and maintenance. He loved working for the Nation and loved all the people he got a chance to meet each day. On June 26th, 1981, he wed his best friend and the mother of his children, Vivian Nadine Sitton. His whole life he loved playing softball. He never tired of playing and when he did, he watched with great enthusiasm. He was a sports enthusiast his entire life, he was a big OU fan and also loved the Chicago Cubs. When he had a little free time, there was nothing like camping, hunting, or fishing, unless it was, calling at night for game, sometimes he took Nadine along to watch him. He liked gardening especially vegetables and flowers. He loved to grab the grandkids and head to the river for a fun filled day of playing at the river and doing a little swimming. Marty was funny and possessed a great sense of humor. He was always playing jokes on his friends, he constantly worked at this. He was always excited when he found the grandkids had come to dinner so he could cook on the grill and make them a memorable meal. Marty and Nadine loved a quiet night home watching TV and just enjoying each other’s company. He began to feel unsteady and his health declined rapidly. Marty died on May 9th, 2022 in Tulsa, OK, surrounded by those that knew him. He was 65 years old and will be greatly missed. He is preceded in death by his grandparents, Joe and Lucy Charles, and Charlie and Ernestine Stewart. He also goes to join his father and his son Tyler. He also joins his brother, Marlon. Those left to cherish Marty’s memory include his wife of the home, Vivian Nadine Charles of the home in Tahlequah, and his two daughters, Ava Charles of California, and Ashly Charles of Tahlequah, OK. He leaves his mother, Dixie Stewart of Ft. Gibson and his siblings, Travis Charles of Tahlequah. He has left two sisters, Lisa Charles Doak of Tahlequah, and Stacie Crow and husband Ronnie of Tahlequah, OK,. He will live on in his grandchildren, Ricky Castillo and Lance Pritchett, as well as many nieces and nephews, and a host of friends and loved ones, too numerous to mention. Funeral services for Marty "Catfish" Elbern Charles will be held on Friday, May 13th, 2022 at 10:00 AM at Reed-Culver Chapel with Rev. Jason Gann officiating. His family will receive visitors at Reed-Culver on Thursday, May 12th, 2022 beginning at 1:00 PM until 6:00 PM. He will be laid to rest at Price Cemetery with his family. His pallbearers include Nick Osburn, Trevor Payne, Blake Frances, Bryce Fishinghawk, Larry Payton, and Travis Charles. Honorary pallbearers will be Brad Frances and Brad Perry. Fond memories and expressions of sympathy may be shared at www.reedculver.com for the Charles family.
See more See Less