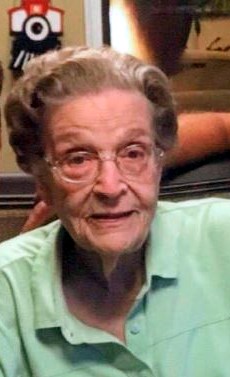 Mary Riggins Branan, 95, died Saturday, April 20, 2019, at Westminster Oaks in Tallahassee. Mary was born February 12, 1924, in Lakeland, Florida, to Leonard Wallace Riggins and Mary Conrad Riggins. She and Lewis Franklin “Frank” Branan, Jr. were married in 1947. Mary graduated from Lakeland High School in 1941, and from Florida State College for Women (Florida State University) in 1945. Over the years, Mary remained an ardent Seminole fan. In Tallahassee, she worked for several state agencies including the Florida Industrial Commission---Legal Division, Florida Department of Education---Teaching Certification Division, Executive Office of Governor Leroy Collins during his 6-year term, and as Executive Secretary of the Atlantic States Marine Fisheries Commission (established by Congress). Her last post, until retirement from State service, was secretary for the Senate Transportation Committee. Mary was a member of Kappa Delta Society, organizing member of the Fort San Luis Chapter, Daughters of the American Revolution, and was an active member of Trinity Methodist Church. She is survived by her nephew Edward R. “Ted” Mack, Jr. (Frankie), Tallahassee; nephew L.W.”Wally” Riggins, III (Ruth), Orange Park; nephew Thomas H. “Tommy” Riggins (Debbie), Callahan; niece Julia R. “Judy” Fitzpatrick, Ponte Vedra Beach; niece Maryanne R. Hewitt (Brett), Farmers Branch, Texas, and a large extended family. Mary was preceded in death by her mother and father, in 1996 by spouse Frank Branan, Jr., in 2005 by her sister Virginia Riggins Hardin, in 2010 by her sister Lucie Riggins Mack and in 2014 by her brother Leonard Wallace “Bob” Riggins, Jr. The family would like to thank Westminster Oaks staff and staff of the Tallahassee Memorial Hospital Emergency Room for their compassionate care. A private family gathering will be scheduled for a later date. Culley’s MeadowWood Funeral Home is assisting the family with arrangements. If you desire, please make a memorial donation in Mary’s name to Trinity United Methodist Church, Tallahassee, or to a favorite charity.
See more See Less

In Memory of Mary Riggins Branan