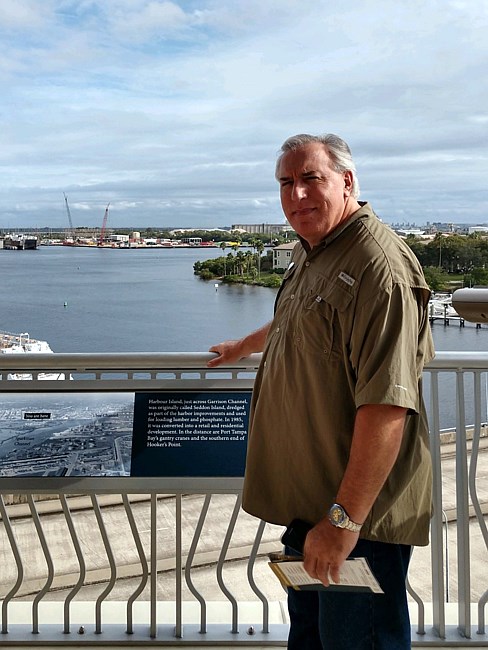 Milton E. Jackson January 4, 1960-September 29, 2022 Milton E. Jackson passed away on September 29, 2022. Milton was born and raised in Tampa, FL and was preceded in death by his father John E. Jackson and mother Flora V. Jackson. Milton is survived by sisters Elizabeth (Lee) Gregory, Donna Kelly-Moore, and Charlene (Keith) Roberts as well as nephews and nieces Todd Gregory, Scott (Michael) Gregory, April Kelly, Christopher and Elizabeth Roberts, James Moore and Grand-Nephew William A. Roberts. Milton recently retired after a forty-year career of teaching with Hillsborough County Schools. He taught at Shaw Elementary, Oak Grove Middle School, Adams Middle School and Coleman Middle School. During his career Milton was selected Teacher of the year five times, once at every school he taught and twice at one school. His passion for teaching was always evident when you walked into his classrooms. He was kind, caring and always made sure that every student knew they could come to him at any time for help whether it was for schoolwork or personal reasons. Milton also took great pride in passing on his patriotism to his students and those he came into contact with over his career. Many times while he was out with his family former students would come up to him to say hi and ask if he remembered them, and without hesitation he would say yes and tell them the dates he taught them no matter how long ago it had been; he truly cared. Milton’s passing leaves a void in the lives of his family as he was the organizer of our family dinners and Holiday get togethers. Milton will also be missed greatly by those that he met, taught and associated with during his lifetime. It was Milton’s desire that no services were to be held for him. He did request that if so desired donations to Hillsborough County’s Nature Classroom in his name would be appreciated.
See more See Less

In Memory of Milton Ernest Jackson