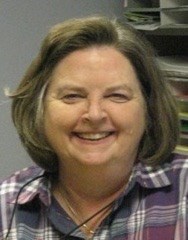 Marilyn Rose Heaton, 70, of Terre Haute, passed away after a long battle with a brain tumor at 1:31 p.m. on June 10, 2019 at Union Hospital with her son, Christopher Heaton, at her side. She was born on February 12, 1949, in Paris, to Dorthadine Wright Rhoden and James Kenneth (Kenny) Rhoden.

Marilyn graduated with the class of 1967 from Paris High School. After graduation, she attended Southern Illinois University on a full ride teaching scholarship, but did not finish due to her Mother's subsequent illness. On April 23, 1983, Marilyn married David Eugene Heaton. On July 21, 1987 their son, Christopher Colt David Heaton was born.

Marilyn worked as a Labor Budget Analyst at Columbia House in Terre Haute for 31 years, from 1971 - 2002. From 1985 - 1993, Marilyn served in the United States Naval Reserve as a Second Class Petty Officer, Storekeeper. She later worked for Vigo County Homes for Children as a Youth Care Specialist and also at the Terre Haute Brewing Company. In 2005, Marilyn attended Harrison College and obtained an Associate Degree in Human Resources. Most recently, Marilyn worked as an Administrative Assistant at Indiana State University's Student Employment Programs from 2006 until her retirement in 2016.

Marilyn was preceded in death by her parents, as well as several aunts and uncles.

Survivors include her husband, David Heaton; her son Christopher Heaton of Terre Haute and his children, Madison and Kinley; her three step-children: Brian Heaton and his wife Quincy of Anderson, SC and their daughter, Kyle; Brent Heaton and his wife Kathy of Terre Haute and his children, Braeden and Aubree; Barbie Hendrix and her husband Dustin of Jacksonville, FL and their children Keagan, Emily, Ava and Olivia; her sister, Jeanette Rhoden Kendall of Paris; and her brother, Maurice Rhoden of Richland, IN; as well as several cousins and nieces.

Marilyn is remembered by family for her kind-hearted, caring and giving spirit. She loved to help others, cook, sew, read books and watch movies. She had an incredible sense of humor, a contagious laugh and quick witty sarcasm that always brought smiles to those around her. Her son, Christopher, was her world. He provided and cared for his Mother in the final years of her life.

Visitation will be held from 4 to 8 p.m. on Friday, June 14 at Roselawn Funeral Home. Services will be held at 11 a.m. on Saturday, June 15 at the funeral home. Marilyn will be laid to rest in Roselawn Memorial Park’s Chapel of Memories. Memorial contributions may be made to the American Brain Tumor Association. Fond memories and expressions of sympathy may be shared at www.roselawnfuneralhome.net

In Memory of Marilyn Rose Heaton