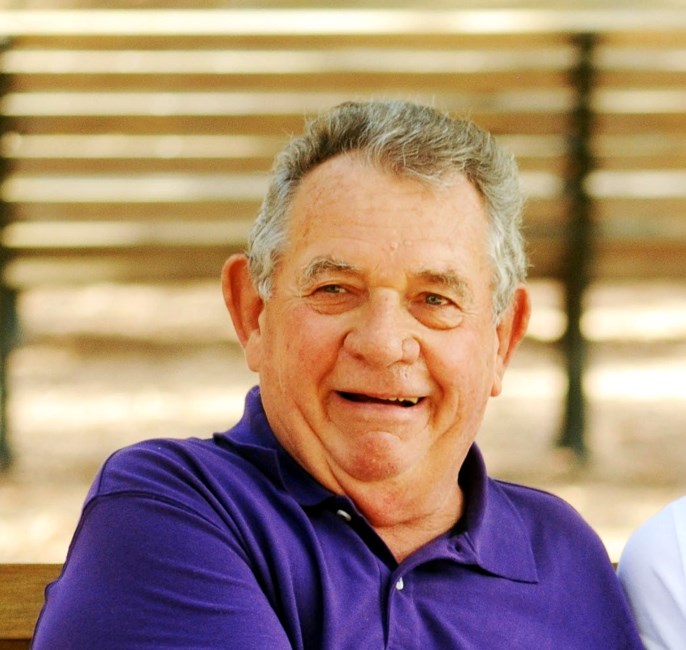 John J. Rooney, 82, of Redwater, Texas passed away on September 9, 2022 in Houston, Texas surrounded by family, after a six-month battle with cancer. John is survived by his loving wife of 14 years, Carolyn Jo Rooney. He is preceded in death by his wife of 38 years, Eileen (Cullen) Rooney who passed in 2004 and his older sister, Marie Snyder, of Westbury, New York. John’s sister, Eileen Licurse, of Valley Stream, New York was at his bedside at the time of his death. John & Eileen have three children and eight grandchildren: their son Rob and Anne Rooney and their children - Caroline, Meggie, and Loaring Rooney; their daughter Colleen Ashworth and her son Benjamin Ashworth; and their son Sean and Eden Rooney and their children - Cullen, Bryant, Mary, and Helen Rooney. John is also survived by his sister-in-law, Mary Agnes (Cullen) Procaccino of Princeton, New Jersey. Upon marriage to Carolyn (Kennington) Robertson Rooney in 2008, his family grew to include Carol Slider, Keith Robertson and Kyle Robertson and their respective spouses and children. John was born on April 2, 1940 in Manhattan, New York to John & Ellen (Mulligan) Rooney. The son of immigrants, John was raised in the close-knit Irish community of Broad Channel in Queens. John graduated from Far Rockaway High School in 1958 and joined the US Army in 1960. He served overseas in South Korea and following his return from the Army, John worked as a draftsman and supervisor with Western Union Telegraph Company from 1962 until moving to Texas in 1972. John lived a life of service spanning 45 years in the Texarkana area. He served as a founding City Council Member for the City of Redwater and was an integral member in the City’s incorporation in 1988. He became the second Mayor of Redwater in 1991, served as Mayor until 1994, and again served as a council member until 1996. John was strong in his Christian Faith and a long time member of Sacred Heart Catholic Church. He was a Fourth Degree Knight with the Knights of Columbus, Council 1003, where he served as Council President from 1986 to 1988. John was meaningfully involved with the Redwater Volunteer Fire Department for over 30 years. He served as Fire Chief in the late 1990s, training officer, long-time Treasurer, and in countless other capacities until very recently. John received an accommodation for heroism from the City of Redwater as a result of his direct action saving the life of citizens following a hazardous materials release in 1995. As a result of his 35 years in sales for Hostess Cakes in the Texarkana area, John was affectionately known to many as the “Twinkie Man”. Upon retirement in 2002, John returned to education and completed the degree he started 40 plus years prior. John graduated from Texas A&M University – Texarkana in 2006 with his bachelor’s degree in Applied Arts and Sciences. In retirement, John and Carolyn enjoyed traveling, spending time with each other and their family, and specifically spending time with their grandchildren. John loved to be in the crowd cheering for Ben, Ryan, Mason, Courtney, Luke, Dalton, Caroline, Meggie, Briggs, Loaring, Cullen, Finleigh, Bryant, Mary, and Helen. He was an incredibly proud father and grandfather and his booming “hey hey” chant at sporting and family events will be dearly missed. John’s life will be celebrated on Saturday, September 24th at Sacred Heart Catholic Church in Texarkana at 10am with burial following at Redwater Cemetery, Redwater, Texas. There will be a viewing and gathering with the family on Friday September 23rd from 4 to 6:30pm at East Funeral Home, 2807 Moores Lane, Texarkana, Texas 75503. In lieu of flowers, donations may be made to the Redwater Volunteer Fire Department. Donations may be sent to Redwater VFD, PO Box 316, Redwater, Texas 75573. Online tributes may be submitted to www.eastfuneralhomes.com
See more See Less

In Memory of John J. Rooney