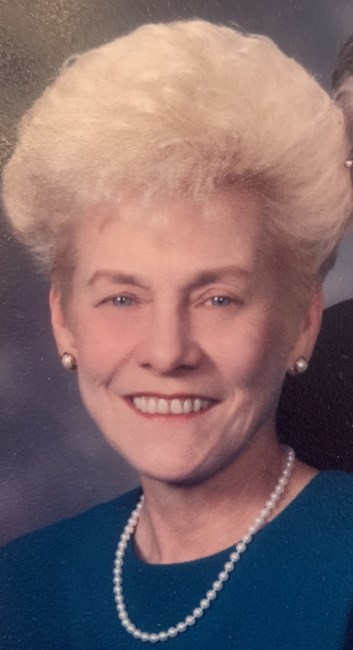 Mary Judith Briant Armstrong, 86, of Texarkana, Texas, passed away May 3, 2022. Judy was born April 20, 1936, to Clyde Leonard Briant, Jr. and Bonnie Green Briant, in Texarkana, Texas, and was raised in Ashdown, Arkansas. After graduating from Ashdown High School in 1954 she went on to earn her Bachelor of Arts degree from Hendrix College and a Master’s degree from the University of Arkansas. She held several teaching positions throughout her career, but her most treasured years were spent teaching English at Ashdown High School, where her career in education spanned several decades. While at Hendrix College, Judy met and married her husband, Jim Armstrong. Jim and Judy went on to have three daughters, raising them in Ashdown. Along with her children, Judy took immense pride in being a Past President of the Arkansas State Chapter of the P.E.O. Sisterhood and was a lifelong member of the First United Methodist Church of Ashdown and Texarkana, Arkansas. Judy is preceded in death by her parents, Clyde and Bonnie Briant, and her husband, Dr. James Douglas Armstrong. She is survived by her daughters, Bonnie Armstrong Lashus (Andrew) of Dallas, Texas, Jimmie Anne Armstrong Graves (Blane) of Texarkana, Texas, and Mary Lee Armstrong of New Orleans, Louisiana, as well as her cherished grandchildren, Daniel Connor Lashus (Meg), Laura Catherine Lashus, Anna Armstrong Graves, and Nicholas Briant Graves. She is also survived by her siblings, Barbara Briant Batten (George) of Houston, Texas, and Clyde Leonard Briant, III (Jacqueline) of Havertown, Pennsylvania, her nieces and nephews, Elizabeth Batten, George Batten (Dana), Paul Briant (Hilary), Judith Briant Anesi (George), and Bonnie Briant, along with her grand nieces and nephews. At Judy’s request there will be no formal visitation or service. In lieu of flowers she asked that you consider supporting Opportunities, Inc. of Texarkana, Texas, the Ashdown High School Scholarship Committee, Planned Parenthood, or the charity of your choice. Condolences may be left at www.eastfuneralhomes.com
See more See Less

In Memory of Judith (Briant) Armstrong