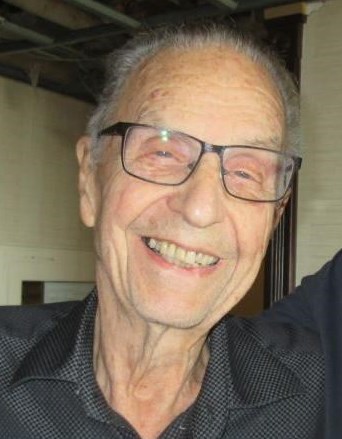 In Loving Memory Passed peacefully of natural causes in his sleep at home, as was his wish. He is survived by his son Roy and his two daughters-in-law, Theresa Ann and Rene, as well as his grandson Adam Chow (Robin) and great-grandchildren Levi and Elliot Chow. Gunther is pre-deceased by Isobel, his wife of 33 years and his son Frank, who passed just two months prior. Gunther emigrated to Canada in 1954 with his then wife Traute and son Frank. Shortly thereafter he enlisted in the Royal Canadian Engineers, traveling back to Germany twice with his wife and two sons. He left the army in 1970, taking up his second long career as a stationary engineer in Public Service of Canada, retiring in 1988. Upon retirement, Gunther and his then wife Isobel traveled extensively and enjoyed a good life in their Thornhill condo, where Gunther served some 30 years on the condo's board, babying the building's HVAC systems. He is loved and remembered as a quiet and respectful man, a family man who enjoyed providing for those around him. We, his family, attended a private memorial service for him on Monday, January 24th at the Kane-Jerrett Funeral Home. Anyone wishing to share thoughts, memories and condolences may do so at: www.kanejerrett-thornhill.ca.
See more See Less

In Memory of Gunther Josef Glaremin