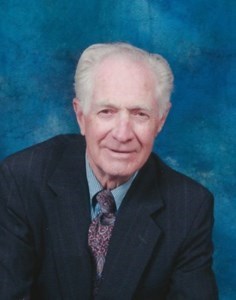 Raymond “Ray” John Heim, age 93, of Westminster, Colorado passed away Friday, Sept. 16, 2022 at home surrounded by his wife and 5 children. He was born Nov. 3, 1928 to John and Margaret (Meitl) Heim on the family farm 4 miles east of Leoville, Kansas. Ray attended Prairie Center Grade School, a one room school near their farm for 8 years, followed by 2 years at Leoville High School. Since his older brothers were in the service, he quit school to help his father with the farm work. He was drafted into the army on March 5, 1951 during the Korean War and trained at Ft. Carson, Colorado. His unit was the next to go overseas when the Korean War ended. Ray served the remainder of his time at Ft. Carson, Colorado. He received an honorable discharge on March 5, 1953, and then returned home. Ray was united in marriage to Annabelle Schieferecke on June 10, 1954, at the Immaculate Conception Church in Leoville, Kansas, by Ray’s brother Father Cornelius Heim. They lived on the Heim family farm for a couple of years and then moved to Denver. They remained in the Denver area and celebrated their 68th wedding anniversary in June of this year. After attending Emily Griffith Opportunity School on a VA scholarship Ray accepted a position at Sundstrand Aviation. Initially hired as a machinist, Ray worked his way up and retired as an Engineer. He spent 31 and 1/2 years employed by Sundstrand. Ray was a member of St. Mark’s Catholic Church and Knights of Columbus in Westminster, Colorado. He enjoyed various activities like pitching horseshoes, playing softball with the Westminster Senior Softball team, golfing, bowling, playing pinochle, following sports on TV and visiting Colorado casinos. He and Annabelle enjoyed traveling. They visited 5 continents and various locations in Hawaii, Alaska, Canada and the U.S. Ray is survived by his wife, Annabelle; children, Robert (Kim) Heim, David (Julie) Heim, Louise (Chuck) Bixby, Karen (Gary) Bebber, and Jerry (Whitney) Heim; grandchildren, Christopher (Casey) Heim, Heidi (Kevin) Shaw, Nick Heim, Marianne (Dan) Sheldon, Matt Heim, Mark Heim, Bill Bixby, Joe (Chelsea) Bixby, Kate (Matthew) Kerry, Will (Kayla) Bebber, Jim (Caitlin) Bebber, Adam Heim and David Heim; great grandchildren, Lily and Lucas Sheldon, Silas Bixby, Luke Kerry, Ava, Mia, Emmy, Isaac and Max Bebber; sister, Lorene Reinert; and sister-in-law, Marge Heim. Ray was preceded in death by his parents, John and Margaret Heim; brothers, Father Cornelius Heim, Jule (Rita) Heim, Ed (Lou) Heim and Alfred Heim; sisters, Leona (John) Zodrow, Irene (Marlin) Kruse, Lillian Heim, Mildred (Vernon Barnett and Jerry) Green and Berniece (Alan) Halle; and brother-in-law, Vince Reinert. In lieu of flowers, memorial donations may be made in Ray’s honor to Ray of Hope Cancer Foundation, 1385 S. Colorado Blvd., Suite 108, Denver, CO 80222. https://rayofhopecolorado.org/donateinhonorof/ A visitation for Raymond will be held Tuesday, October 4, 2022 from 4:00-6:00 PM, followed by a rosary service at 6:00 PM, at Olinger Highland Mortuary & Cemetery, 10201 Grant St, Thornton, CO 80229. A funeral mass will occur Wednesday, October 5, 2022, 10:30 AM at St. Mark Catholic Church, 3141 W. 96th Ave., Westminster, CO 80031. A reception will follow at the church. A graveside service will then occur at 2:15 PM at Ft. Logan National Cemetery, 4400 W. Kenyon Ave., Denver, CO 80236. Please share your memories of Ray and condolences with his family by adding a memory below.
See more See Less

In Memory of Raymond John Heim