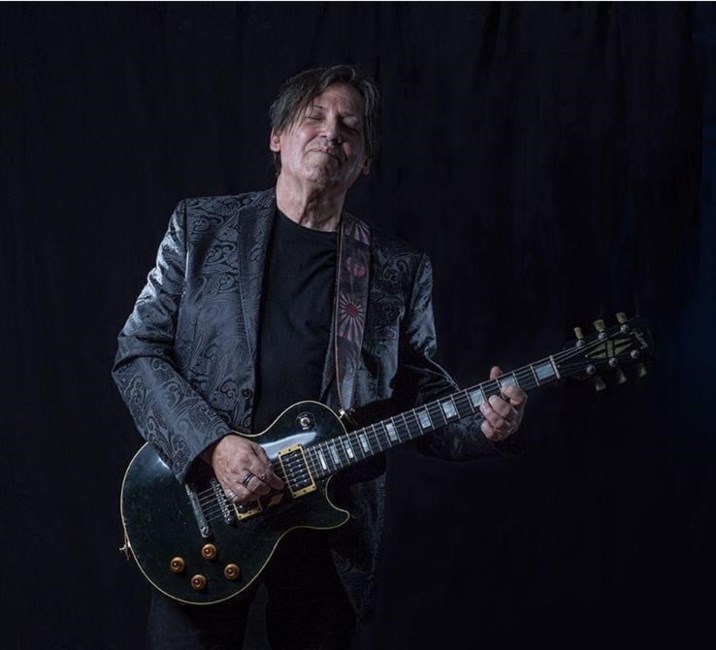 Rudolf (Rude)Eduard Van Steenes - Hierck was born in The Hague, Holland on October 31, 1950. He moved to Montreal, Canada with his family in 1958 and later settled in Toronto as a young man. Rude was first and foremost a musician. He explored many genres of music including Punk, Glam Rock, New Wave, Pop and straight up Rock and Roll, and it was his lifetime passion. He gained notoriety and was a trailblazer in the Toronto music scene headlining bands like ARSON, Glamatron, Vis A Vis and Ghost Particles. An enigmatic and charismatic performer with an incredibly beautiful voice, he never left the audience wanting. Highlights of his career include the airing of the video for Vis A Vis “Shadow Play” on MTV and receiving the award for “Best Independent Artist” at the 1986 CASBY Awards. Rude was an avid reader and prolific writer. In his later years he enjoyed a “daytime” career with CBSA as an auditor. He took great pride in renovating his century home in The Beaches and he loved the annual family trip to Florida every fall when he would dress up as various characters for the Walt Disney World Halloween Party. He cherished his dogs, Beauregard, Georgia and Rosie and was known for finding the sweetest puppies to adopt. Rude will always be missed by his wife Michele, daughter Eliza and grandchildren Jesiah and Paris, along with his three brothers, Tom Hierck, Jeff Seaton, Bob Van Steenes and his honorary brother Marcel La Fleur. Please smile, sing, feel blessed, play his music loudly and hug a dog in his memory. He truly loved his family and friends. Donations to St. John Ambulance, as two of our dogs have been Therapy Dogs, or a charity of your choice are appreciated.
See more See Less